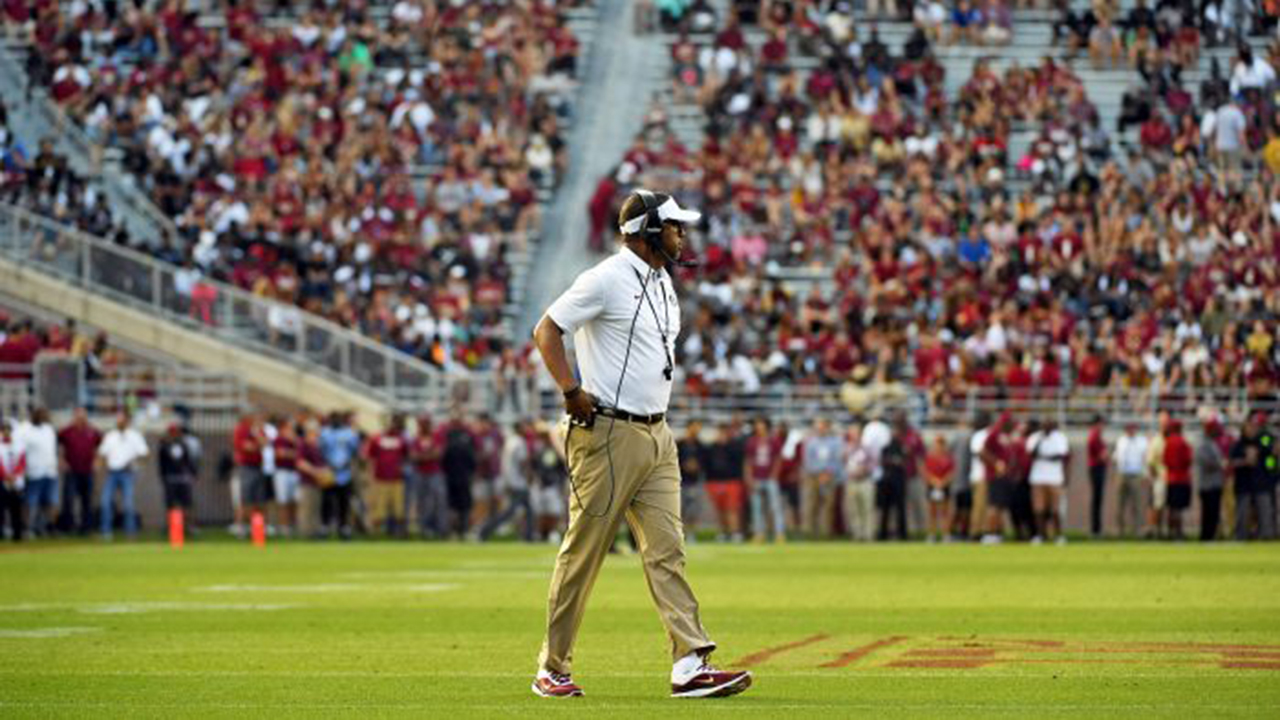 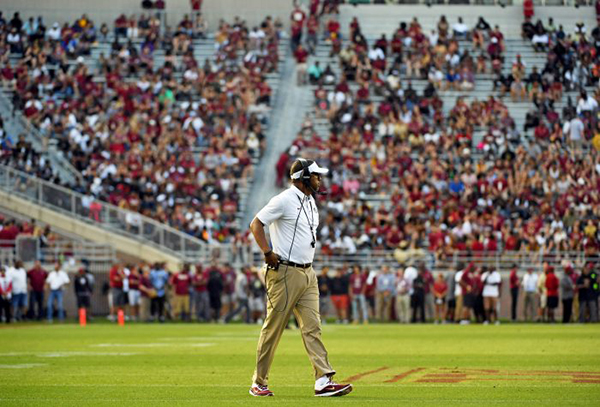 Few schools in the ACC had as rocky a 2017 as the Seminoles who had one of their worst seasons in 30 years, lost a coach in Jimbo Fisher to another Power 5 school and had to find a new coach in Willie Taggart, all while finishing a season and salvaging a very respectable recruiting class. Considering this is as close to the bottom as most FSU fans have seen in their lifetime the only thing they can do is look up.

Here are five reasons to be optimistic going into the 2018 College Football season.

But I’d curb that enthusiasm, well at least for a little while.

You can’t discount what Jimbo did

I get it, FSU fans are angry about the past season and being spurned by former head coach Jimbo Fisher. Anger aside, what Jimbo, and really and truly the university in general, did was nothing short of remarkable. FSU has not had a losing season in the better part of four decades, an incredible feat.

Bigger than that, they hadn’t had a coaching search in just as much time. Looking at the entire landscape and complexity of college football, that’s the equivalent of a stone castle that has remained unweathered through time.

Jimbo had to replace a legend, a legend who finished his career with a seemingly similar record to Jimbo’s last season and leaving behind a team who barely made a bowl game. The next year, Jimbo had the Noles competing, but realistically it took three years to win the conference.

Now, the roster Jimbo inherited compared to what he left are night and day. What was also different was with Jimbo, it was more the passing of the torch. Jimbo was in Tallahassee for years before being named head coach, learning the roster, recruiting and acclimated when he took the job. Willie has been on the go since the interview process only back in November.

This isn’t the University of South Florida and this is a school used to having a winning tradition greater than Oregon. The FSU job is a pressure cooker, which Bowden seemed to handle with all the grace of an icon. That pressure seemingly took a personal toll on Fisher.

The stage is much bigger now

Bragging rights. That is big in the state of Florida. Who’s more dominant over who? Who’s got more rings? Who has more players in the league? Under Jimbo, FSU had started to tilt the conversation in the Noles direction again, winning a national title and dominating the Gators and Canes during his time.

The intensity of having to face Florida and Miami in everything that encompasses college football: recruiting for current and future classes, draftable players, facilities, and oh yeah, games. Fans are in a constant battle over which program is in a better position and each fan base is looking for something to brag about.

This pressure weighs heavy on coaches in these “dream jobs.” Florida fired and hired a new coach with all the same expectations that FSU fans have on Taggart and Miami is in year three under Mark Richt.

The difference is the two rival coaches have had opportunities to weather these storms for over a decade with both Mullen and Richt coming out of arguably the best conference in football, The SEC. Taggart is a great recruiter and holding his own, but has never seen a schedule like what he’s going to see at FSU. 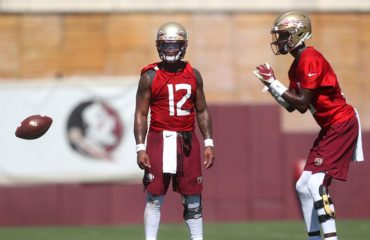