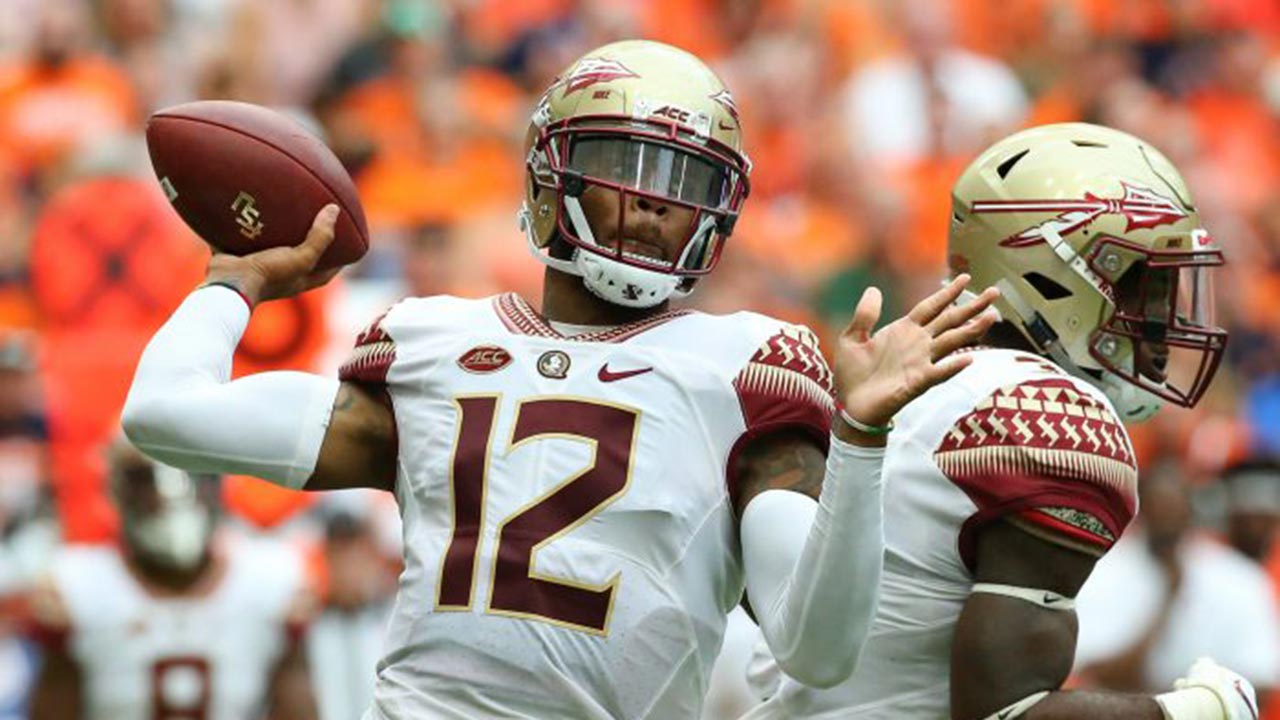 “Dad, I know who I want to be for Halloween: Deondre Francois,” my son to me.

I was Team (James) Blackman when it came to the Noles off-season quarterback competition. I still love Slim Reaper One, but my son has been a big Frenchy supporter since he met him and got a chance to catch passes from him when he volunteered at Ernie Sims football camp in Tallahassee this past summer.

Since that day he’s been an avidly Team Frenchie.

At first when he asked me, I said there is no way in hell I’m letting my son walk around like Deondre Francois for Halloween until he plays better. Cue up the Wake Forest game where Frenchie and the FSU offense put on a show. This made me go back and evaluate what I have seen so far this season.

Have we been too harsh, too lenient or just right in our criticism of Francois’ command of the Gulf Coast Offense? The answer to all those questions is “yes.”

Our eyes tell us one thing and his stats tell us an entirely different story.

No quarterback is perfect. Add to this Francois’ 2017 season ending with a devastating injury, one that many stated wouldn’t be fully healed until 2019. He’s also learning a new system that is foreign in comparison to the pro-style offense Jimbo Fisher ran. An offense more suited to his talents. We should have expected a slower learning curve/.

But very analyst in America expected “Lethal Simplicity” to take the ACC by storm. Coming out of the gates with a one and two record and the offense looking remedial at times left us with one person to blame, other than the offensive line, and that was No. 12.

The numbers that Francois has put up through the first seven games put him on pace to replicate, possibly even surpass, his numbers from 2016 when the Noles went 10-3 defeating Michigan in the Orange Bowl. His stat line read 3350 yards, 20 touchdowns, seven interceptions with a completion percentage at 58.8%.

Currently he is averaging about 264 yards, two touchdowns, one interception and a 62.4% completion percentage per game. This puts him on pace for 3430 yards, 26 touchdowns and 13 interceptions if FSU makes it to a bowl game. This is without an all-world run game.

This also doesn’t take into consideration key drops or an offensive line that is patch-worked together and not giving him the best protection at times. When he is comfortable and attacking vertically he is a damn good quarterback. The numbers prove this and make the case for why Taggart hasn’t benched him when he seemed to be struggling.

Numbers aside, the offense as a unit has not performed to the level of expectations anybody had coming into the 2018 season. Something that FSU has been able to do relatively well with a bad offensive line is run the ball. Frenchie has the stats to show he’s doing an adequate job, but what you see on film is a consistent lack of execution of the offense and the quarterback is the key making this thing go.

The quarterback is like a point guard in this system, with him facilitating every facet of the offense. The staple in Willie Taggart’s Gulf Coast Offense is the zone read. Frenchie simply isn’t reading it well. He doesn’t need to be a Lamar Jackson style home run threat, his legs just need to be seen as a threat – in the running and passing game. You help a struggling offensive line by keeping a defense honest.

Fans easiest go to in excusing a lack of execution from Francois is by blaming the offensive line. The reality is you can’t be a statue in the pocket, sitting back and allowing defensive ends to attack you by not climbing the pocket. Francois has to have better pocket awareness.

He also needs a better understanding of what defenses are trying to do as a player in his fourth year in college.

Simple things like understanding your protections, changing them to help pick up blitzes, or knowing when a defense is bringing more players than you can block should come naturally to someone who has as much experience as Frenchie. Virginia Tech and Miami really exposed this; when FSU needed a positive play he gave up negative plays in sacks or turnovers.

Another weakness is a lack of exploiting coverages and taking what the defense gives him at times. He doesn’t seem comfortable going to his backside progressions when you can see on film guys are open. We can make football as complicated as we want, but it’s still a numbers game in run and pass. If everyone is on the right, you’ve got to look left. The more you exploit this early, the easier it becomes because the more you burn the defense the more they’ve got to over compensate.

Maybe Both Camps Are Right

Expectations are what they are. Criticism is a part of being a major college football player. You should expect the best no matter what. Excellence is not a sometimes thing.

Frenchie is talented, but he also leaves points on the field. As the season progresses, you should expect to see more of what happened in 85% of the Wake Forest game as opposed to what you saw during the earlier part of the season.

Many play calls have been criticized during the season, the reality is there have been opportunities not taken advantage of. Each week this team has gotten better and Frenchie is one of the key pieces I see progress in. It hasn’t fully clicked yet, but when it does, it’s going to be fun to watch.

Stepping back and using the stats to better help you analyze what you see, you’ll see that Francois is not where our expectations should have him, but he and the FSU offense is not far off.

With that being said, my son gets to choose between being The Black Panther and Deondre Francois. I’m just not allowing him to wear a man bun. 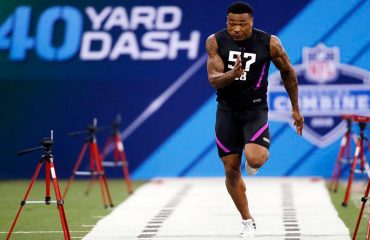