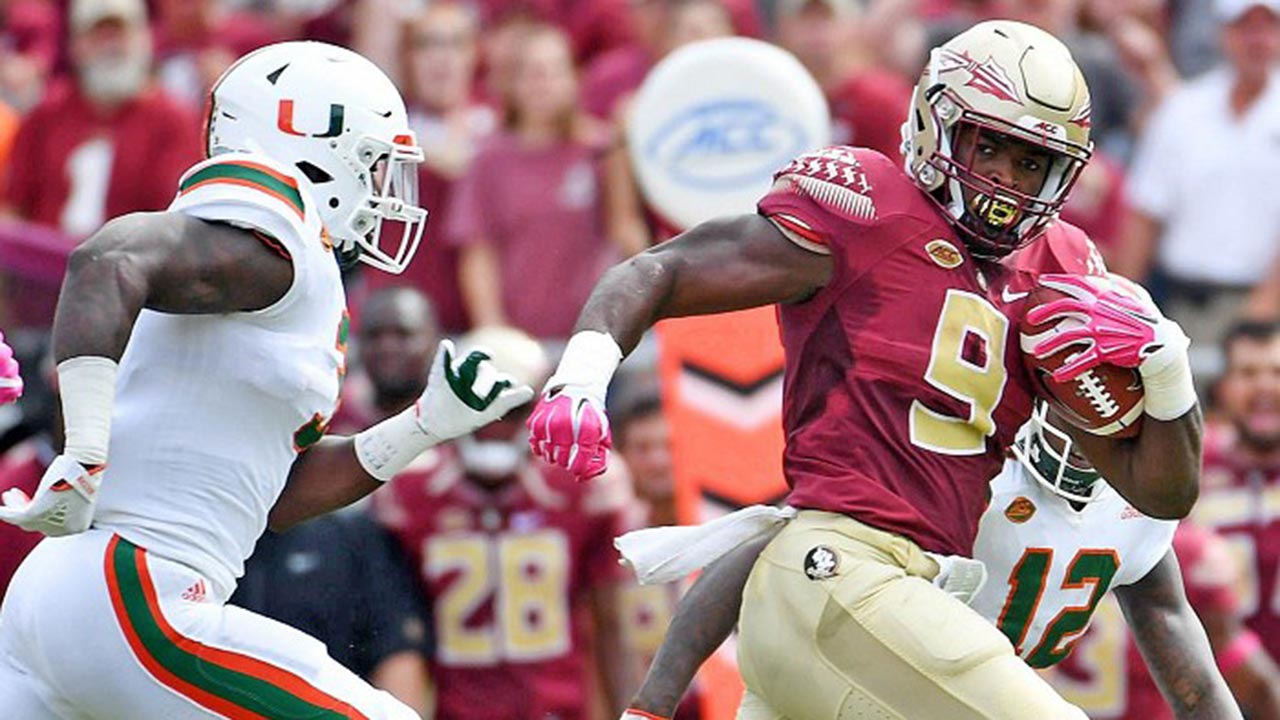 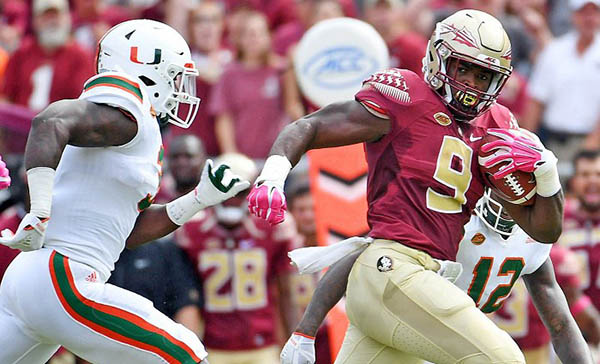 I’ve written previously about why Miami should beat Florida State Saturday. The Hurricanes are a 13-point favorite for a reason. Plenty of teams who “should beat” their opponents lose every week, however.

The Seminoles making it 11 of the last 14 over their rivals from South Florida is not as long of a shot as many people think. Here’s why:

FSU’s Offense not as offensive as it seems

I know it’s crazy to think. We can all see with our own eyes how inept it’s looked at times, but as much as pundits and Monday morning quarterbacks want to trash the offense, it’s not as bad as it seems. Honestly, it’s actually better than Miami’s.

Look at it this way:

Minor improvements the past two weeks should yield to an eventual offensive explosion.

Francois poised for a breakout

Many of FSU’s offensive woes can be placed on Francois’ inability to run this offense as it’s intended to be run – with a true, dangerous, dual-threat quarterback. I see flashes and if it ever all comes together, it’s going to be brilliant.

Francois’ first three weeks were ruined by drops, miscues, penalties and not seeing – and taking advantage – of what was there. I believe that has to do with him missing all of last season and a lack of in game reps.

The RPO (run pass option) is predicated on the run being an option, and a threat. FSU fans have complained about the east-west running style and how rushing holes are jammed up; true, but that’s not to say the run game isn’t effective. The zone-read is only as effective as the QB’s ability to pull the ball away from the running back and gain yards himself. Francois doesn’t pull it out.

Defenses are swarming the running backs and if Francois kept the ball, he has 10-15 yards a pop. FSU has to take advantage of this against a fast and over-aggressive defense.

Also, Miami’s defense is bend don’t break and/or force the turnover. He can read and pick this defense apart. The last time UM faced a decent quarterback was LSU. They came into that game overly-confident and the score was out of hand relatively fast.

I’m not suggesting FSU will blow Miami out, but I am suggesting you can make what is a strength a weakness.

Don’t let the points fool you, Miami’s offense is putrid itself. Injuries to one of its best receivers has meant disappointing results.

Quarterback Nkosi Perry is making one read and getting rid of the ball.

North Carolina simply couldn’t compete with that, nor could it stop the run. FSU doesn’t do a bad job stopping the run even though I believe it will be challenged by running backs DeeJay Dallas and Travis Homer.

The last game where the defense struggled was getting the quarterback down. He was a bigger target and Perry is even smaller than James Blackman was this time last year. Look to see Brian Burns, one of the nation’s leaders in QB hurries, actually get to the QB consistently. If FSU can limit its turnovers, I’m not sold that the Canes’ offense can actually put up points.

Whether it’s a bag or a purse. Whether it’s pink, magenta or garnet. It’s meant to garner praise for creating opportunities and stops.

FSU seems to have had just plain out bad luck in securing the bag, but not creating opportunities. FSU leads the NCAA in forced fumbles with 15, but ranks 79th in fumbles recovered with only two. Seemingly, the theme of this 2018 season is not being able to capitalize on opportunities. That’s just plain bad luck.

If FSU can tackle better and recover fumbles, you could see the bag come out; I’m all for that.

Nothing to lose and everything to gain

The craziest aspect about this rivalry is that when you think one of the teams is more dominant, or the opponent should be trampled, it almost never happens. This is a sentiment that was echoed during a conversation I had on 1010XL Jax Sports Radio with Hurricane legend Leon Searcy.

This is a rivalry where the clichés are true – records are thrown out. If FSU can weather the surge of energy UM will come into the game with during the first two drives and keep composure, then you’ve got yourself a ball game.

Nobody thinks FSU is going to walk into Hard Rock Stadium and beat Miami. This reminds me of 2005 when nobody thought FSU would beat a Miami team that appeared more talented. As much as people want to place pressure on FSU, it’s Miami who hasn’t defeated FSU at home since 2004. It’s Miami who’s ranked and favored now to win this game and its division of the ACC.

FSU has nothing to lose, everything to gain

If you remove the fan trolling and emotions out of the analysis of this game, you really have to honestly ask yourself why can’t FSU win this game? Are wins by Miami against FIU, Toledo, UNC and Savannah State that impressive? I’m not saying that FSU’s victories over Louisville, Samford and Northern Illinois are great, but the body of work by either program doesn’t lead me to believe that FSU will be blown out.

There will be a lot of talent on that field and pride is still a major determining factor in how this game will go. It comes down to what FSU team takes the field. A win Saturday can turn the season around for FSU. That alone encourages me to think Vegas may have this wrong and we’ll see a good football game. 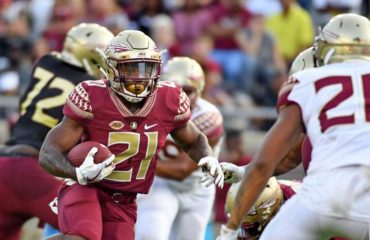 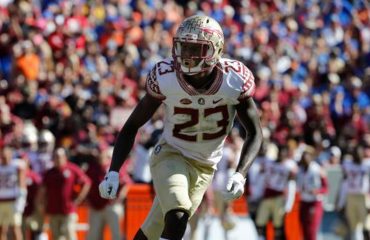