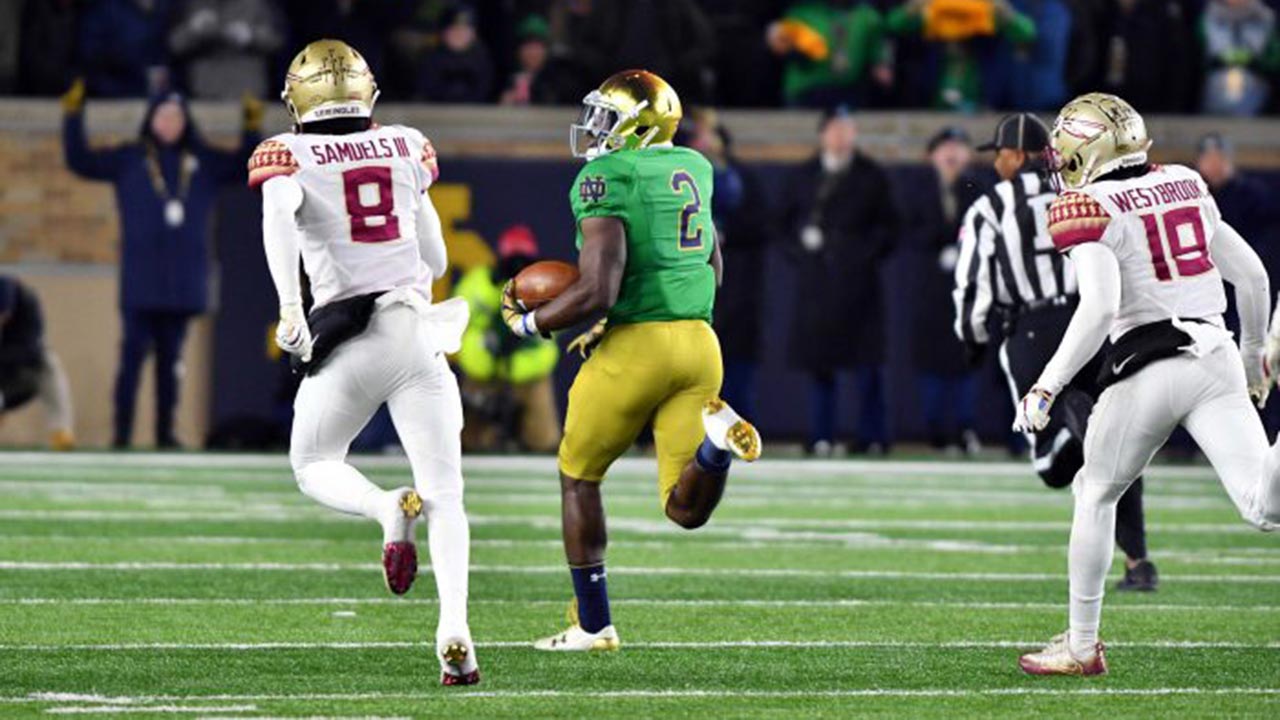 For the third week in a row, FSU suffered a blowout loss. The theme has been consistent: lack of will, lack of fight, lack of preparation, talent has evaporated, and stupid penalties are plaguing the Noles.

With each blowout loss more fans, and now recruits, are starting to question if Willie Taggart is in over his head? Has he lost this team?

The critique is fair, but difficult to truly answer. None of these questions can be fully answered in year one. The debacle of this season can be squarely placed on Taggart, but not from an X’s and O’s standpoint, from a Jimmies and Joes standpoint.

I went back and watched large chunks of the Notre Dame game as I often do with FSU games. It was painful and my anger was amplified when I saw why FSU took its butt whipping.

All schemes look like trash and all play calls look bad when players decide they are going to do it their own way. Not the team way, their own way. This is what I wish fans would focus on instead of trying to break down the X’s and O’s, something most have no clue of.

Taggart has kept playing guys who simply are not doing what they are coached to do. 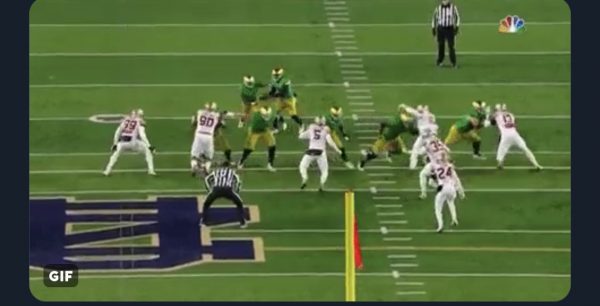 Like this play pictured above. This is a still shot of the first long touchdown run that ND broke. It’s clear that someone was out of place.

It looks like a slant to the right with defensive end Brian Burns playing contain, but defensive tackle Demarcus Christmas is stunting outside, which doesn’t seem right. Now you’ve got two offensive lineman easily climbing to the linebacker creating a hole.

I won’t talk about the pursuit by other players, just this alone.

Had Christmas gone to the right, the play and the scheme work. This isn’t a one-time thing or not a one-person thing. It’s happening routinely all over the defense 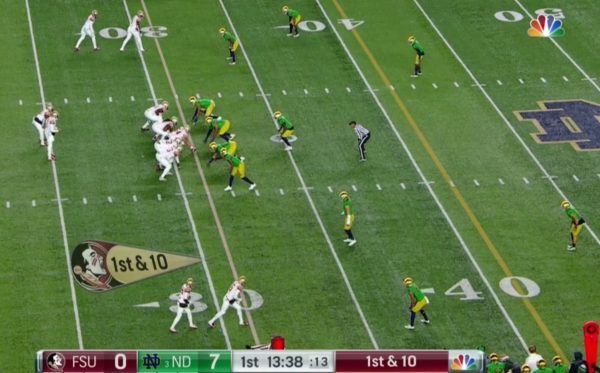 From a scheme and coaching perspective, this is exactly the position you want to put your team in. You have a run play called. You’ve got perfect numbers with five offensive linemen to block five defensive linemen. The scheme and play call are perfect.

But let’s look what happens. 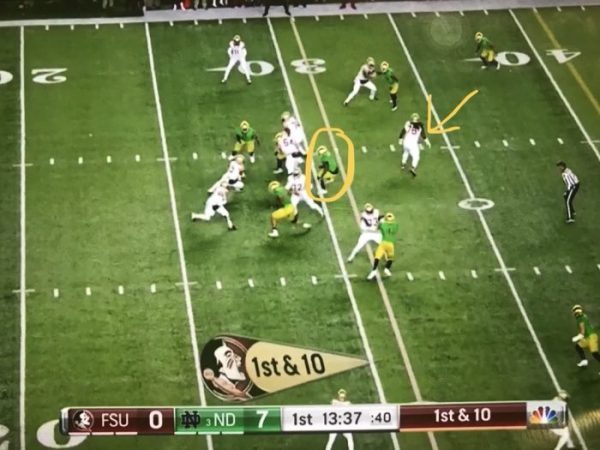 You’ve got someone to block everybody except that one guy forgets to block somebody. It’s not the same guy every play, but someone different on most plays at a position FSU can’t just replace starters because the Seminoles don’t have depth.

This has been an issue all season and the reason it looks worse, as fans and some media are suggesting, is because the problem cannot be solved with the players you have on this roster and this team has a history of having to be reminded not to quit.

Man, John James made them boys sign an effort contract? Thats who y’all keep saying was better. He recruited them and knew the effort wasn’t great.

So many signs of what FSU is experiencing this season we missed, or have forgotten, in the last few years. FSU players had to sign “contracts” reminding them not to quit back in 2016. Mistakes compound and then these guys fold like laundry.

I will say the press conferences aren’t helping Taggart who is becoming more defensive about his decisions. He may have a greater plan in place – let’s hope he does. If we are to believe the rumors circulating that Blackman isn’t playing so he can preserve a redshirt, that’s honorable, but it begs to question who is in charge?

Not seeing a youth movement on offense, and in general, is a head-scratcher. I love seeing the energy from numbers 88, 29 and 15. That gives you something different from 89 and 8. Mixing these guys in more would help.

FSU fans saw the team go from having six receivers heavily involved in the passing game with Blackman starting to four with Francois back in fold.

The latest blowout loss only turned up the fire fueling the vocal minority (yet constantly growing) portion of Seminole Nation who questions the hire. Each passing week seemingly gives improves their argument.

I will go back to the “four fights” that Taggart told his players about this past spring that they will have to deal with every day: perception, division, fatigue and them (outsiders).

Each week, the perception becomes worse, we are seeing more division on the team (seemingly), there’s clearly mental fatigue, and more and more outsiders are fanning flames.

The silver lining to all of this is the problems are not only controllable, but fixable, and with not as much overhaul as folks think. That’s another column for another day. 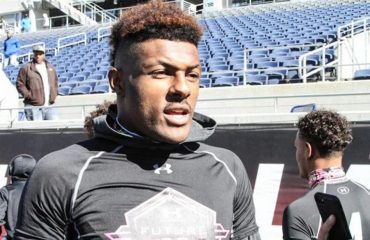 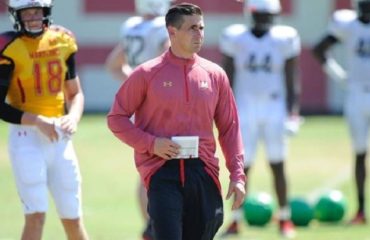 4 Comments to “ Execution, Not Scheme or Play Calling, Continues to be FSU’s No. 1 Problem”