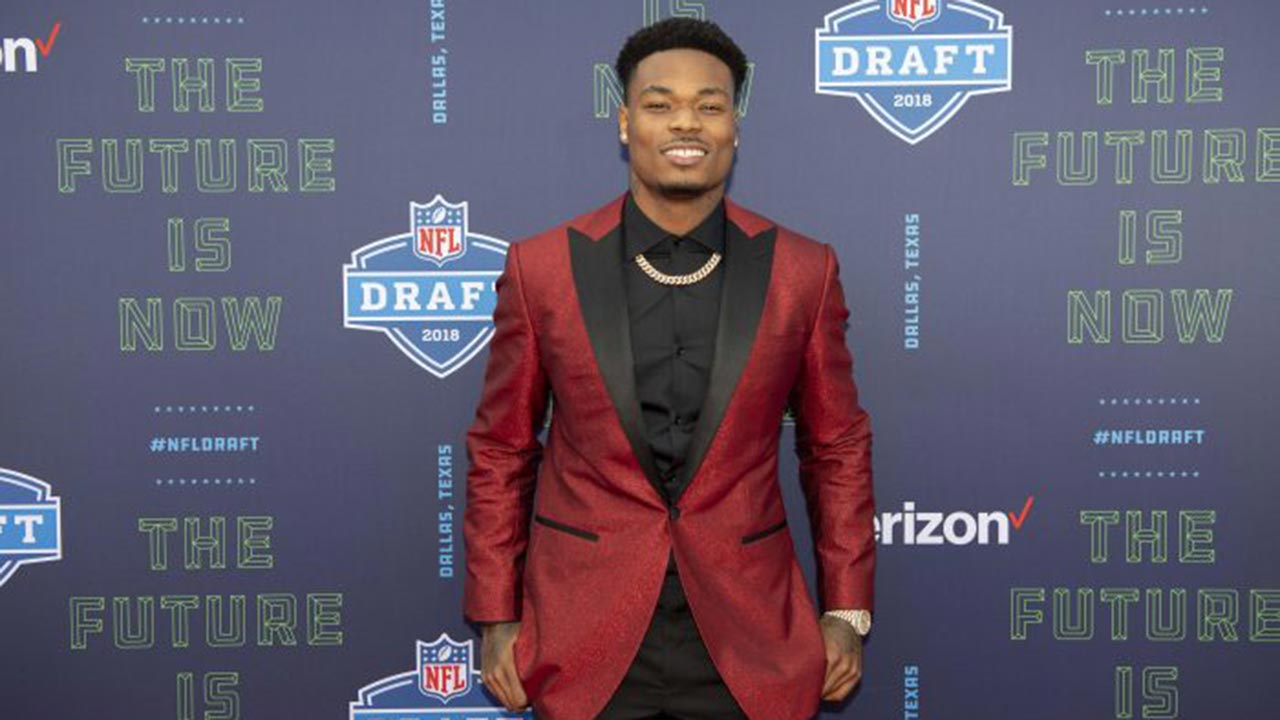 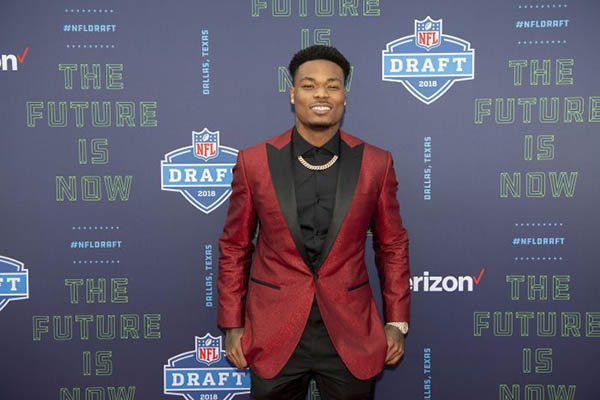 I receive questions daily on social media and in person, the answers to which don’t make it into articles. Recently, I’ve fielded great questions about the FSU football program that I wanted to flesh out beyond 280 characters on Twitter.

I figured it was time to do my version of a mailbag – a third mailbag.

Feel free to email me james@sportsdenlive.com or hit me up on social media to see your questions answered.

This week’s questions were obviously draft-heavy with only six Noles being drafted, and those who were, lower than expected.

@jadaway2: “What’s the biggest factor for the drop from 29 players drafted over 3 years to 10 players over the last 3 years? Also, do you see any 1st round picks for the Noles in next year’s draft?”

That 2012 defense was trill. 2013 and ‘14 purely winning. Last few years a combo of youth and just not putting as good a product on the field.

Many of these guys are performing well in the NFL or are the face of their franchises (see Xavier Rhodes, Jalen Ramsey and Jameis Winston). There was so much talent and leadership from the players that creates a culture of accountability which breeds winning.

Sometimes, as a coach, that can cause you to get lax in your drive to develop and consistently put guys in the best positions to make plays. I’m not saying Jimbo Fisher didn’t try his best as a coach, as much as you could see a clear disconnect in the players’ belief in the coaches as a group.

As far as next year goes, as of now, no, I don’t see a first-rounder. That can drastically change if some of these key underclassmen perform to the level that is expected of them. Look for the top picks to be primarily on defense. Lavonta Taylor and Brian Burns have all the makings oftop picks if they can put up numbers. I also believe Jacques Patrick will be drafted mid-rounds if he performs like he did towards the end of last year. Demarcus Christmas and Nyquon Murray are also names to watch who could easily be top picks if they have monster years.

@tonyganstine: “Do you think the draft and our season have a direct correlation? There is a reason TMac (Tavarus McFadden) wasnt drafted and a reason he got burned A LOT.”

He gets to learn from Richard Sherman as he was picked up by San Fransisco as an undrafted rookie free agent and the contract they gave him isn’t that bad. Geno Hayes, my “Doak Boyz” podcast co-host brought up the comparison to me on our draft podcast. It might still work out for him, but his stock dropped as FSU wins dropped due to his lack of creating stops at critical times in those losses.

@warchant37: “How do draft grades work if you are considering leaving school early? Does it come from agents or NFL scouts? Who advises these kids to leave early?”

It’s a combination of all of that from what I’ve seen or experienced, as well as other personal factors. You try to get as much information as possible and try to lean on folks that you deem “experts” to help advise you in making the best possible decision for yourself.

Before the season, players, more than likely, have had contact with some agents who try to give them an idea of where they are in terms of rankings. Websites and analysts such as Mel Kiper, Todd McShay, Walter Football, etc. do different rankings that you can find yourself as a prospect to get an understanding of where you stand before the season starts.

Then, you look at yourself compared to others. At the end of the season you can ask for your draft grade from the NFL, but I think with the sheer amount of underclassmen, and good upperclassmen this past draft class had, it was more difficult for most of this year’s underclassmen to make that decision.

In hindsight, most of the Noles – and many others – should’ve come back, but it’s easy to say that now. Who knows how guys like Tavarus McFadden or Auden Tate would’ve fit into the new systems? Other factors that we don’t know about are academics and family situations which come into play as well.

It’s not an exact science.

@feardaspear82: “Will we see more than 2 wrs drafted in the next 5 years? Does the free fall of Tate and Tmac factor on future noles holding out leaving early next year?”

One would think so when it comes to wide receiver.

Many analysts complain about the spread offense and how poorly it translates into the NFL, but size, speed and production against top competition always wins out. I could easily see Nyquon Murray being drafted in 2019. Tamorrion Terry and D.J. Matthews both have good skill sets that should translate to the NFL eventually. Jordan Young and Trashaun Harrison also have good measurables coming into college.

Still, it’s too early to tell. It all depends on how Willie Taggart’s “lethal simplicity” works on the big stage against better competition.

As far as cautionary tales of players in the past, you don’t go to the top schools to get a great degree and just go to the work force, those are byproducts of being at FSU. You go so that you can get into the league. Players can’t worry too much about what guys before them did or did not do.

Statistically speaking, receiving a scholarship from an FBS school and being drafted by the NFL has similar odds to winning the lottery. In short, you don’t get to this level by having doubt. Just produce and let everything else sort itself out.

RELATED: How do six drafted Seminoles fit with their new NFL teams?

@gandrew13: “Why was there such a disconnect from where we thought we’d see people get drafted (Derwin out of top 10, Sweat fell, Tate fell, etc.) and where they went? Can Willie use this as an additional tool to get people to buy in?”

I explained Derwin James here in a full article.

The others are a combo of health scares and not taking care of business in the best manner I guess. I thought Sweat would sneak into first or second round range, but he’s in a good situation with the Eagles. I’m happy for Nandi who I believe got picked earlier than he was predicted; he had a good combine season.

The thing this draft showed us was that most of the “experts” have as much clue as you do about where these guys are going to actually end up.

Many have accused these guys of playing selfishly and I question that. I wouldn’t say that the guys who will play next season should or shouldn’t play selfishly. I’d just say make the plays when they come your way.

I definitely believe some players last year might have tried to protecting themselves to uphold their draft position and I don’t agree with that train of thought. Football is a dangerous sport. It’s more dangerous when you play not to get hurt because you don’t give full effort. I think the previous system might’ve hurt a lot of these guys as well.

Chris Huber from Facebook: “Agree or disagree, if you’re an underclassmen and you come out and it’s pass the 5th round do think they should be mad at the people who told them to come out ???”

65% of underclassmen were drafted. With 35% still out, that tells me a new developmental league is really needed. These guys took a gamble and they missed.

The draft is over and they cannot think about that anymore. Part of being an adult is living with the decisions that you have made. They made the best decisions they could based off of the information that is provided to them.

I tell my clients at Boost Sports Performance, at the prep level, to keep wise council and don’t just have “yes” men. Listen to those who have been there and have your best interest in mind. Drake had a song “New Friends,” I’d be wary of new folks. At the end of the day, they must understand they are the boss of their athletic career.

For the folks who talk about how these young men are missing out on earning their degree. Well, you can go somewhere else with the degree thing because they let you go back and finish that 90% of the time. They need graduation rates up. You can always come back and get your degree. You can’t always be a millionaire.

Hopefully that puts a nice bow on the 2018 NFL draft. I hope all the guys, even the ones I’ve been critical of, make it and make tons of money in the NFL. Keep the questions coming. 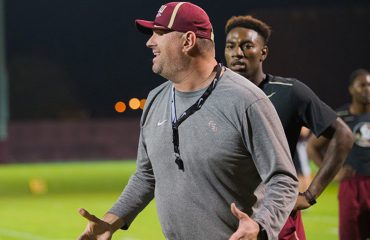 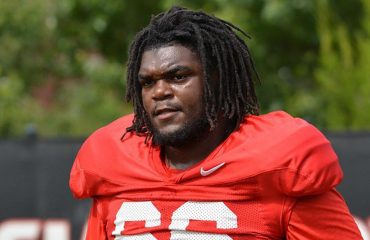