Tallahassee has always been two cities. It’s the political capital of Florida and also home to three colleges. That means a majority of people in the city have political or academic ties there. For the better part of when I was growing up, Tallahassee has also been a tale of two colleges: FAMU and FSU.

In the 1990s into the early 2000s, Tallahassee blossomed into a college football town. Locals would say it’s always been that, but the dominance of FAMU and the dynasty years of FSU during that time had the city rocking. Billy Joe’s version of the Gulf Coast Offense along with the Marching 100 kept the school on the other side of the tracks. Florida State also had a high-octane offense that generated two national titles along with many household names with games routinely shown on national television along with an iconic coach in Bobby Bowden.

The relationship that FAMU athletics has played in helping grow FSU athletics has been traditionally one-sided. Ask any Doak Boy and he will tell you that he has spent some time “across the tracks.” It’s been one of FSU’s de facto recruiting tools probably since Bowden was at the school, which is about the time that African-American players started coming to FSU in droves.

Tallahassee’s Southside, where FAMU is essentially located, is basically where a majority of the people who look like the players live in Tallahassee. It’s always been, “look we have diversity in the city, just come over here!”

It’s an oversimplification, but people do like going to places that make them feel comfortable.

The strategy has worked and one of the coolest things about what’s going on now is the relationship isn’t as one-sided. What makes this important today is that FSU recruiting and FAMU recruiting don’t have to be at odds. Kayvon Thibb, the number one prospect in the nation, is making stops in Florida on the 27th, FSU on the 28th, and FAMU on the 29th for an unofficial visit.

To be honest, the odds of any of these schools landing the services of the talented prospect are uphill as I believe he’s a Bama lean, but what it does do is open FAMU to a level of marketing for the campus that it hasn’t probably seen in decades. They’ve got a young and talented coaching staff lead by Willie Simmons, local product of Quincy Shanks High outside of Tallahassee. What better way to show that your program is second to none than by getting the opportunity to host big names during recruiting?

One of the keys to marketing is leveraging others’ networks. Thousands of fans, media and, most importantly, other high school prospects, follow this kid on social media and in the news and now FAMU is being talked about in recruiting circles with Power 5 schools. I bet UCF would’ve liked a visit from him, even if they don’t believe they’ve got a shot.

I know the coaches have discussed working camps with each other. There are prospects that will go to an FSU camp that wouldn’t necessarily attend a FAMU Camp, but his allows both schools to help each other building the programs up.

The HBCU brand is not second rate. Howard has former UVA coach Mike London as its head coach. Hampton has hosted top prospects on official visits. Even I went on a visit to Morehouse College in Atlanta on an official that also was attended by Denzel Washington’s son – someone who also held other Division I offers, if I recall correctly, before ultimately deciding to become a Morehouse Man.

I visited off the strength of my mentor Dr. Esias Lee who attended school there. I also grew up on FAMU’s campus with aspirations of being a drum major which I detailed I one of my first articles.

But with two Willies, both African-American men who are good young coaches with experience playing at a high level, and who both are tasked with bringing back championships to Tallahassee, it’d be an amazing tale to see them continue trying to work together to make both programs successful.

Both have rich traditions. Both have resources to land recruits. Both would be in better positions if the other is successful. A symbiotic and mutually beneficial relationship would make both programs the best in their respective divisions. 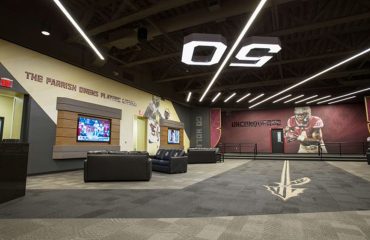