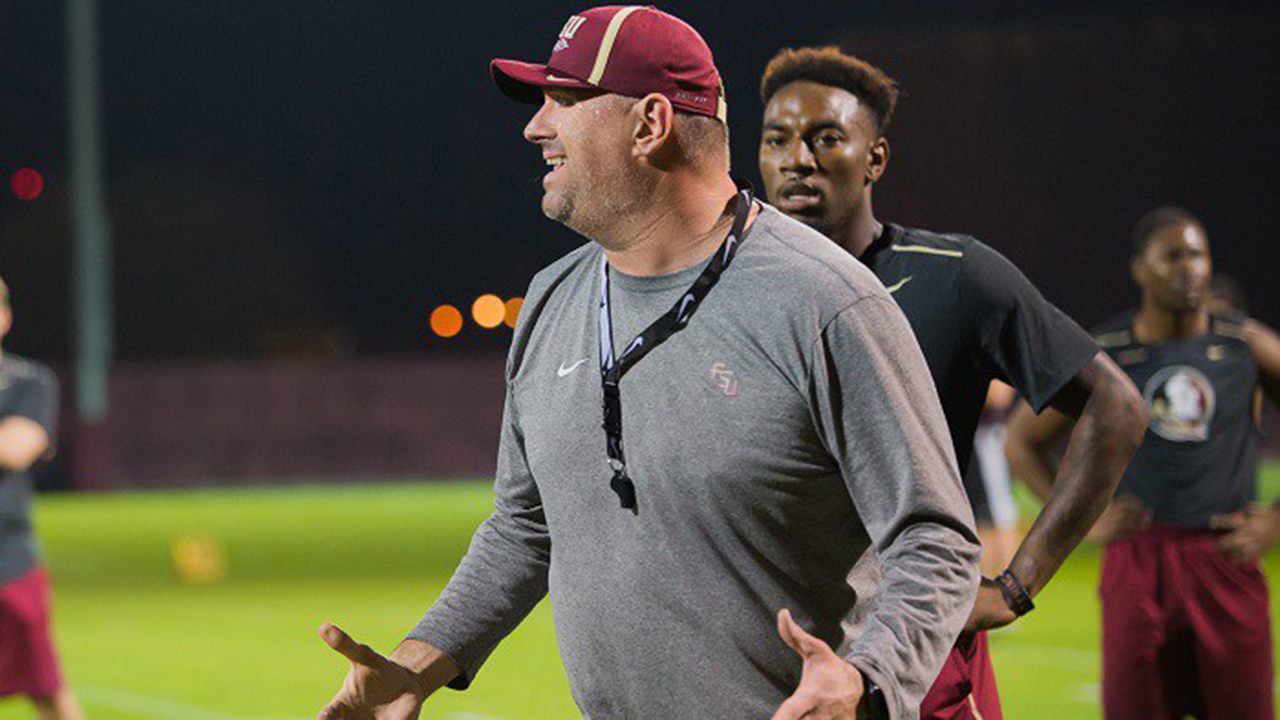 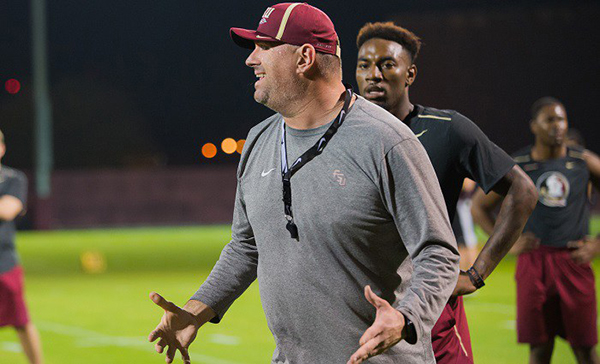 When the pads come out you get a chance to really see what a football team looks like. Despite the current two-hand-touch, 7 vs. 7 culture that is starting to permeate football, the game, at its simplest, remains a contest that can only be won in the trenches.

One of the groups that I can see a marked improvement in so far is the offensive line under coach Greg Frey.

I predicted this in my review of him when we he was hired as the offensive line coach.

These boys are becoming scrappy and aggressive. This possibly has always been there, but is now starting to come out.

Willie Taggart noticed when evaluating film on the current team that the offensive line did a great job of run blocking, but struggled on long developing passing routes, without true play action and only screens to rely on for a short passing game.

The shift from zone to gap blocking is more aggressive and affects technique, mindset, and attitude.

Taggart’s offense, in general, is a power variation of the spread – seemingly an oxymoron – with his offenses having the ability to run or pass for over 400 yards per game effectively depending on what’s working. The mindset of running more blast/traps, jet sweeps, and counter isolation plays requires the team to attack the opponent. Again, stressing the aggressive mindset.

The eye in the sky don’t lie and some of the film clips and reports coming out of practice show that the guys are buying into the process. You see combo blocks up to the linebackers with kick outs allowing you to vary your look as well as change the outcome of what a “win” is in a blocking scheme.

With the backfield FSU returns, the offensive line doesn’t need to pancake defensive players as much as take them where they’d like to go or redirect them. It’s the running backs job to read that. In layman’s terms, if a defensive end wants to go up field, take him there, don’t fight him; the back can read that easier in a gap blocking scheme than a zone.The old system was predicated on everyone moving forward in a direction. Now, if the line gives a little, it’s not going to destroy the play.

The passing game should be affected as well.

Football is a game of confidence and if you feel like you’ve been dominating, it shifts to other areas that you aren’t considered good at. It doesn’t hurt that Frey is known for having offensive lines that protect the QB. Folks like to look at stats when arguing, so check out his work at West Virginia, his first stint at Michigan and Indiana – all offenses that set records and had very low sack totals.

FSU fans should feel great as he was part of the offense that got a Clemson defensive coordinator fired, maybe…

All in all, I’m very impressed with what I see from our offensive line so far in camp. The offense line under Frey is more aggressive. I like that. I think if FSU plays more to the strengths of its line, FSU will be much improved coming into the 2018 season and may shock people.