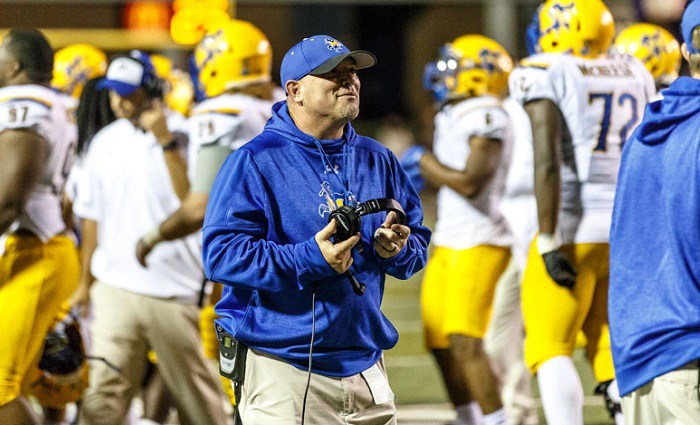 McNeese State coach Lance Guidry was in Tallahassee over the weekend, and speculation is that he could be in line for a defensive assistant job with Florida State.

Guidry has been a defensive coordinator – most notably for Willie Taggart at Western Kentucky and also at Miami (Ohio) – and specializes in cornerbacks. Guidry could be paired in the secondary with the already-hired Alonzo Hampton, who would have oversight of safeties, in addition to Hampton coordinating special teams.

Potentially, he would give FSU another defensive coach who knows how to game plan and call a game, which would be a boon to new coordinator Harlon Barnett. That’s been a problem since 2013. When Jeremy Pruitt was FSU’s coordinator, he had Charles Kelly and Sal Sunseri to help game planning. When he was DC, Kelly really had no one, was stretched too thin and everything suffered. Former long-time FSU DC Mickey Andrews had Chuck Amato and Wally Burnham bringing up ideas, and it’s helpful to have more than one coach who knows how to game plan.

Guidry is a high-energy guy who is known for his ability to recruit in Louisiana, so that’s another talent-rich state in which FSU would have an opportunity to gain a foothold.

No, he’s not a huge name and doesn’t have ACC or SEC experience, but he seems to fit what Taggart is going after and would fit in FSU’s budget.

Having former coordinators and head coaches on any staff can be a positive. And Guidry also falls in line with David Kelly’s nationwide yet centralized approach to recruiting.