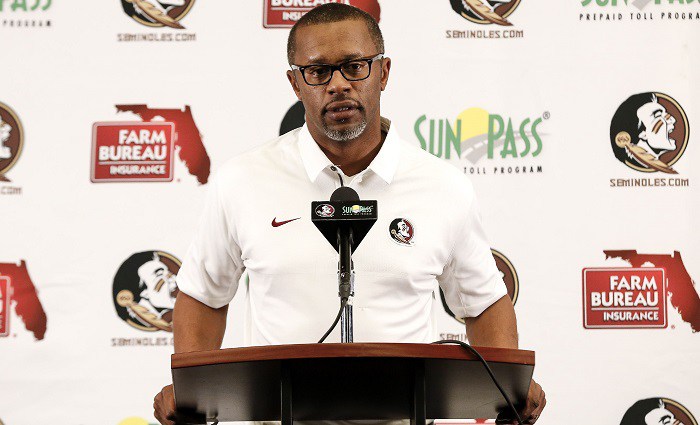 Everyone wants to talk about Florida State position breakdowns and battles heading into spring practice, but it’s entirely too early for that.

Now is the time to zero in and focus on which areas of weakness/concern can be addressed with this recruiting class. Coach Willie Taggart already has said he’s going for quality not quantity and will not sign a full class to just sign one. Well, for some position groups, that’s a fine idea. For others, FSU has to bring in some Day One contributors.

Here’s a look at each offensive position group. The reality is that there are some “wants” but also some legitimate “needs” based on early departures as well as unexpected transfers.

Quarterback
Every school would like to sign a quarterback in each recruiting cycle because you never know how it’ll pan out with your signal caller. This year? FSU really don’t need one; it’s a “want” instead.

This spring, FSU will have a talked-about battle between Deondre Francois, James Blackman and Bailey Hockman – you know, the quarterback who was rated higher than Blackman in the 2017 class. That’s a junior, a sophomore and a redshirt freshman; if you miss, you have plenty of time to home in and focus on the quarterback of the future in the 2019 class.

There really is only one more viable option and that’s James Foster from Montgomery (Ala.) Lanier. He’s narrowed it down to four schools, and FSU is one of the four, along with Alabama, LSU and Texas A&M. He is a good player that needs a bit more development, but it’s not the end of the world if he chooses to go elsewhere.

Running back
I don’t think any program the nation outside of Alabama and Georgia have more talent and depth at running back than FSU. Jacques Patrick finally showed everyone what he was capable of as a power back in 2017, and formed an effective 1-2 punch with Cam Akers. More games might’ve been won had Jimbo Fisher relied more on these two, especially with Blackman trying to learn the quarterback position at an accelerated pace against a tough schedule.

Many forget that in last year’s class, FSU also landed five-star running back Khalan Laborn, who did not see the field in 2017. There’s also Amir Rasul, who I believe would put up numbers as a slot receiver in Taggart’s “Gulf Coast Offense.”

Former FSU commitment Jashaun Corbin of Rockledge (Fla.) High would be nice to have; you can never have too many good running backs. But this is a position where FSU would be OK with striking out, as the coaches can make up ground in 2019 and ‘20.

Wide receiver
On the other hand, wide receiver is a position where FSU needs to make up ground with this class. The talent at running back can mask some other offensive deficiencies, but FSU needs playmakers on the outside.

FSU didn’t really have that guy for much of the Fisher era. There have been much-heralded recruits, but for whatever reason, they just haven’t panned out. The early departure of Auden Tate really hurt a group already lacking depth.

Nyqwan Murray returns, and he should do well in this system. Keith Gavin has shown flashes, but he’s been inconsistent. D.J. Matthews has all the tools to be an electric player, especially in the return game, and if George Campbell stay healthy, he has some potential. But FSU is screaming for some talented youngsters to come in and contributed early.

D’Marcus Adams of Daytona Beach (Fla.) Mainland is the lone receiver commitment thus far, but many believe Warren Thompson of Seffner (Fla.) Armwood and Jalen Hall of Long Beach (Calif.) Poly will be added to the list come National Signing Day. If Taggart could also sway Joshua Moore of Yoakum (Texas) High and Jacob Copeland of Pensacola (Fla.) Escambia, then you can expect a youth movement. The young guys would give receiver coach David Kelly some weapons who can stretch the field with a mixture of speed and length.

Tight end
Ryan Izzo leaving to enter the NFL draft and the transfer of Mavin Saunders to Kansas leaves a gaping hole at tight end.

Taggart used the tight end effectively at Oregon, with Jacob Breeland finishing with 18 receptions for 320 yards (17.8 yards per catch) and five touchdowns. FSU fans would’ve loved seeing Izzo in that role, but his decision opens the door for Tre McKitty. FSU probably could use some of its current fullbacks to fill some of the void as well.

Tight end Camren McDonald of Long Beach Poly has committed, and he will have to play early. At 6 feet 4 but just 210 pounds, he is going to have to become best friends with strength coach Irele Oderinde and gain some weight. Tight ends have to be able to block in the ACC. But his speed should be an advantage and create matchup issues.

Offensive line
No position group was criticized more than the offensive line over the past few years. That’s not totally fair, as some of the problems were caused by the inability of the quarterbacks to make proper and timely reads.

Still, improvement is needed and that’s where new line coach Greg Frey comes in. His expertise and track record mean more to me than any prized recruit. He has done more with less at each of his stops, and one would have to think he will make the veterans better. The strength of this offense line is its run-blocking ability, and that fits with Taggart’s (and new OC’s Walt Bell) version of the power spread.

FSU has three linemen committed; it could be four, with some thinking defensive end Chaz Neal of Wesley Chapel (Fla.) High switching to offensive line. I don’t think any of these guys will be impact players off the jump; still, I’ve seen less-heralded guys become stars just because they are tough.

On the other hand, if FSU can land any of the state of Florida’s big three tackles – William Barnes, Nicholas Petit-Frere or Richard Gouraige – you have a solid, ready-to-compete freshman.

In the past, FSU coaches have moved a defensive tackle to the offensive line and it has paid off, so that’s not out of the realm of possibility.

Much of the recent fan angst came because the offense was pedestrian at times and didn’t help the defense. With FSU’s 2018 schedule, it will be imperative to score points and gain leads. Taggart’s hiring brings with it the potential for a high-powered offense, an offense that has the ability to score – and score often – with lethal simplicity. In this recruiting cycle, the emphasis needs to be on bringing in guys who can light up the scoreboard and strike up the band.

1 Comment to “ Here’s a Look at FSU’s Needs — Not Wants, Needs — on Offense in this Recruiting Cycle”