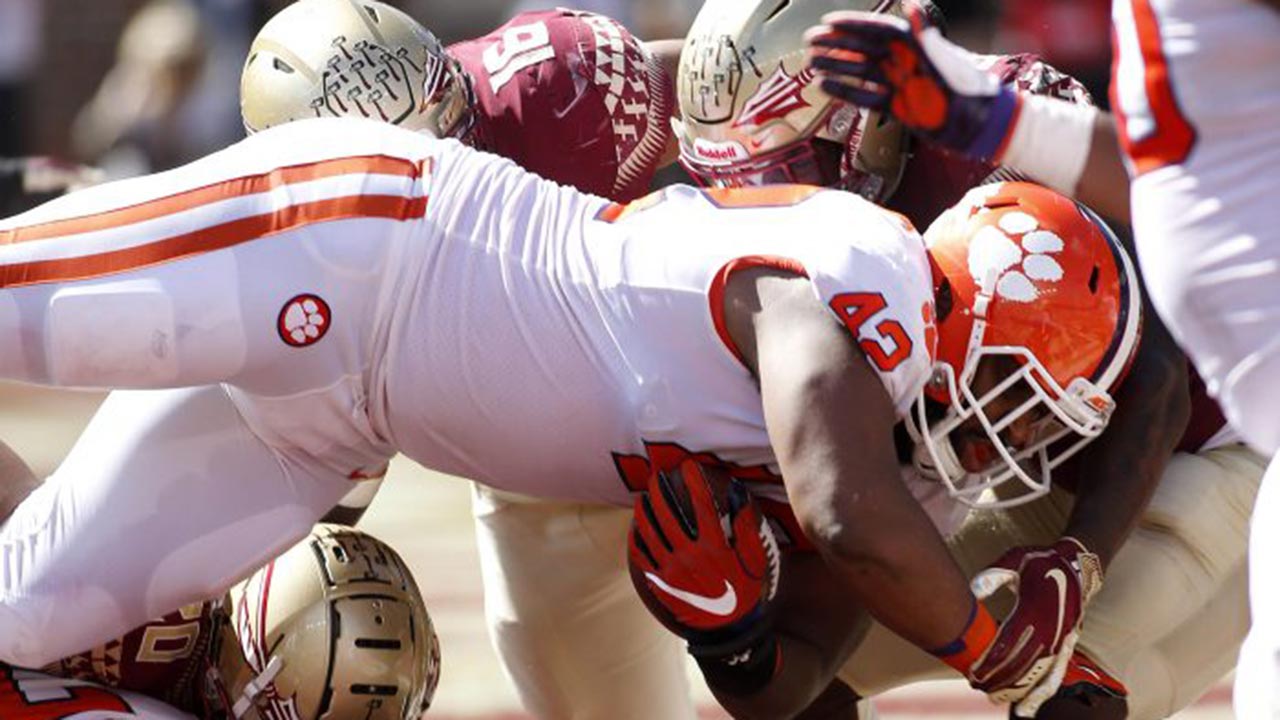 The problem with the current state of FSU football is a bunch of folks who’ve never been in a locker room trying to explain a culture they have zero concept of to fans.

Media members can study football. They can have technical knowledge, speak the verbiage, and even have some idea of what it takes to be an elite athlete. They can even go as far as evaluating players, but few can actually comprehend what truly makes or breaks a culture.

Analysts share these thoughts with impressionable fans who want to believe, be angry, or just be in the know. However, if they don’t truly understand culture, they can’t really relay what’s going on

The culture that Willie Taggart inherited was beyond toxic. Toxic cultures can exist in any workplace. Shit isn’t cleaned up by just replacing the CEO.
Nobody wanted to believe it had gotten to the point where it truly affected the players, but it has been like this all season. After the Clemson game was the realest I’ve seen Taggart be.

“First time since I’ve been here that I felt like we had some guys that quit on our football team and that can’t be tolerated,” Taggart said. “One thing you can’t do, you can’t quit. You quit, you don’t play. So, we’ve got to do a great job of making sure we’ve got the right guys and at every aspect of the game, offense, defense, special teams.”

You just can’t fathom that someone would have the ability to quit in them. Not a Florida State football player.

You don’t want to think your teammates packed it in. It’s a crazy notion.

You came in with these guys and you all had a dream of championships, hearing your name called on the last weekend in April your junior or senior year by the NFL Commissioner at the Draft. You took official visits together. You sweat together during off-season conditioning. You’ve grown up together.

To feel or accuse a teammate of quitting is a betrayal. You can’t believe someone would do that.

The idea shouldn’t be that crazy as we all saw their coach quit on them last season. The new standard will be holding Taggart to what he said he’d do in his last press conference after admitting seeing players quit.

Quitting is absolutely unacceptable to the brand. That stings more than the worst home loss in FSU history. Players laid down and didn’t fight.

One of the key phrases I remember from Taggart’s introductory press conference after being hired was him talking about “Bad Asses and War Daddies.”

I grew up believing all former Noles before me were that. I watched the FSU games growing up. All I saw was violence on the field. It was beautiful to me. Violent collisions, speed, and bravado. I knew that’s what I wanted to be.

As I grew older, I realized that there has to be something in you to truly be that guy. It’s not talking about it, it’s being about it.

It ain’t about coaches and schemes. You can’t talk to me about that because of who I played for. It’s about execution and truly being a bad ass, not just about talking that shit.

Anybody can be out of control and scrap, but can you impose your will on someone no matter the condition? It’s not about your star ranking in high school. Nobody cares about that anymore. When you walk through those doors at the Moore Center, you became just another alpha male. Now you’ve got to prove that you can do it on this level, at this school.

A school that’s seen a walk on in Andre Wadsworth be the highest ever drafted player because he was a dog.

So, to fans and other media members, excuse me when I say you can save some – not all – of your “insights” as this falls on @DoakBoyz at this moment. The play calls were there and have been there. The buy-in is missing. That’s less about coaching and more about the ones rocking the uniform because at the end of the day, players have to execute for their own since of pride.

I don’t give a f*** what era you played or who recruited you. Quitting is never acceptable. On that note, trim the fat and let’s go find folks who want to be Noles like Taggart said in that same introductory press conference. Taggart has to bench quitters and malcontents now and at the end of the season phase them out of the program.

It’s an honor to be a Seminole. The reason you hear old players so vocal about the team is because we take that as a privilege we were honored with and cherish it.

A loss is a loss whether it’s by 1 or 100, but quitting, which is what a concerning portion of this team has done, is selfish. There is no room for that. This wouldn’t have been a problem if Taggart did a proper audit of the program upon arrival and signed a full class of new recruits while phasing guys out early, but I understand why he didn’t do that.

He brought fun back, instead of embracing it, players looked at him as the cool step dad to take advantage of.

Now it’s time to be the boss. College football is a business. Everything that is done from here on out has to be what’s good for the brand.