Don’t get fooled by the win-loss record, the most important thing for first year coach is recruiting – assembling the talent necessary to have sustained excellence. Obviously wins and losses can impact recruiting, but it’s not a consistent, definitive factor.

Recruiting is weird. Recruits don’t view football and where they will spend their careers the same as fans do.

FSU will miss out on top prospects for the Class of 2019, five-star defensive end Kayvon Thibodeaux being the main one. A potential benefit of this season, however, could be forcing the staff to look at what is important beyond size and speed and that’s finding guys who not only want to be Seminoles, but want to play an integral role turning the program around.

No elite athlete ever wants to lose, but in the losses you can see something abundantly clear: FSU has major holes to fill across the roster. What is not so clear is how quickly those holes can be filled.

I’m of the thought that it’s not as bad as your eyes are showing you.

I detailed mistakes against Notre Dame earlier this week. FSU isn’t being whipped because of schemes, the Noles are being whipped because they’re playing uninspired football and have been unable to replace key performers lost over recent years. Fans speak of football in terms of video games. You don’t just lose a top player and the next guy comes in and does the job.

Hell, the coaches have trotted out a different offensive line combination each week. You think they haven’t tried putting better players out there? The reality is the fix cannot happen with the current roster.

Here are the major holes on this team and how likely these holes can be fixed this off-season.

Incoming freshman quarterback Sam Howell and another option, potentially a JUCO or grad transfer, will add depth along with competition. Howell is obviously the key to this class with FSU losing out on many QB targets last football season.

I believe that Francois is more than likely gone after this year, but if he stays, FSU might have depth we haven’t had since right before the 2015 season.

FSU needs someone who can be the alpha of all the alphas in this role. I see that potential with Howell in how he influences other recruits. You want your QB being the guy helping land recruits.

The offensive line has two talented commits in Charles Cross and Deonte Lucas already. I believe every year you need to sign four or five offensive lineman to help create competition, stave off attrition, and maintain quality depth. I’m also of the belief that the line is not as bad as most think when factoring in the injuries it has sustained and the player losses this offseason.

I’m hearing FSU is in the mix for several major JUCO lineman including former Nole Josh Ball. If Willie Taggart can land an Evan Neal and a Will Putnam, then he’s got a good class on paper.

FSU realistically only needs two new starters, one of which you technically should’ve had in Ball had he not gotten in trouble.

The Noles don’t need a running back this cycle with a talented backfield returning and hopefully the return to health of Khalan Laborn.

The fundamental flaw I believe the defense coaching staff made this season was changing entirely too much. Harlon Barnett was knowledgeable in a 4-2-5 concept (four down linemen, two linebackers, five defensive backs) and the defense was recruited for that alignment. The major personnel gaps are linebacker and safety.

Linebacker should be immediately effected by Amari Gainor getting healthy and becoming one year better. Dontavious Jackson has been good and bad and you’d hope he will vastly improve next season. Signing one or two linebackers to come in and make an immediate impact would do wonders not only to the position group, but the entire defense.

FSU already has two talented commits in Jaleel McRae and Kalen DeLoach. Both should receive immediate playing time. It would be nice to find one more. Trezman Marshall would be good.

Safety, or maybe even the secondary all around, definitely needs to be addressed. A lot of the confusion and blown coverages can be attributed to lack of knowledge of the position. Moving Stanford Samuels III out of his natural position of corner to safety might have been a factor in losing one of the defense’s strengths coming into 2018, one of many. This is where keeping Nick Cross, whose family has made his recruiting interesting, along with Brendan Gant, are a major priorities. So too are Travis Jay and Akeem Dent who can play multiple positions in the secondary.

Like on offense, FSU doesn’t need to overhaul the defense to see significant improvements – upgrades at critical positions is the key.

Assuming Brian Burns leaves early for the NFL, adding an elite pass rusher in this class is important. I believe the ship has sailed on Thibodeaux so I’d explore giving a close look to the better edge rushers in junior college.

I think Odell Haggins has him something with the trio of Marvin Wilson, Cory Durden and Robert Cooper along the interior line.

The identity of the recruiting classes moving forward have to be less about stars and more about finding athletes who are invested in what they can bring to the program. It’s not about dancing or uniform combos. Those should be perks of transforming the program and bringing back the old bad ass days of playing at Florida State.

I see it in the 2018 class and bringing in 25 more like-minded and team-focused individuals should transform this program back to some semblance of competitive football.

It may take two more classes, but I believe a mix of the 2017 class along with Taggart’s two recruiting classes should provide a fix.

FSU fans should look to rivals for indicators of what impatience and real problems look like. Miami is in year three with its their latest coaching hire and has reverted back to old habits after a 10-win second season. The Canes are one game better than FSU with a staff, identity, and recruits in place.

Florida is on its third coach in five years. All three coaches achieved success early which the first two couldn’t sustain. Florida never provided Will Muschamp or Jim McElwain the opportunity to have their players operate in their respective systems. UF allowed fan pressure to force multiple changes to their coaching staffs which also might’ve delayed results.

Fans should be disappointed because FSU isn’t a “pop up and have a great year every now and then program.” Taggart also deserves patience as he’s hit all the markers a first year head coach should hit in rebuild. Yes, FSU is rebuilding. This is not a full-on decade long overhaul like we’ve seen elsewhere, just a tune up.

To be clear, there’s a possiblity that Taggart isn’t the guy. I’m defending him now because he’s still well inside the grace period and hasn’t done anything awful to merit less. Even in the midst of the worst season in most fans lifetimes, he still has a solid recruiting class.

Let’s see what happens when he gets HIS War Daddies and Bad Asses into fold. Never lessen your expectations, but remember to have perspective on what the long-term goals of the program are: rings. One season can be sacrificed if it nets you a rise back to relevance. 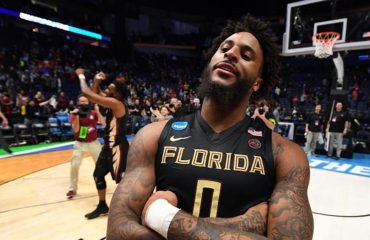