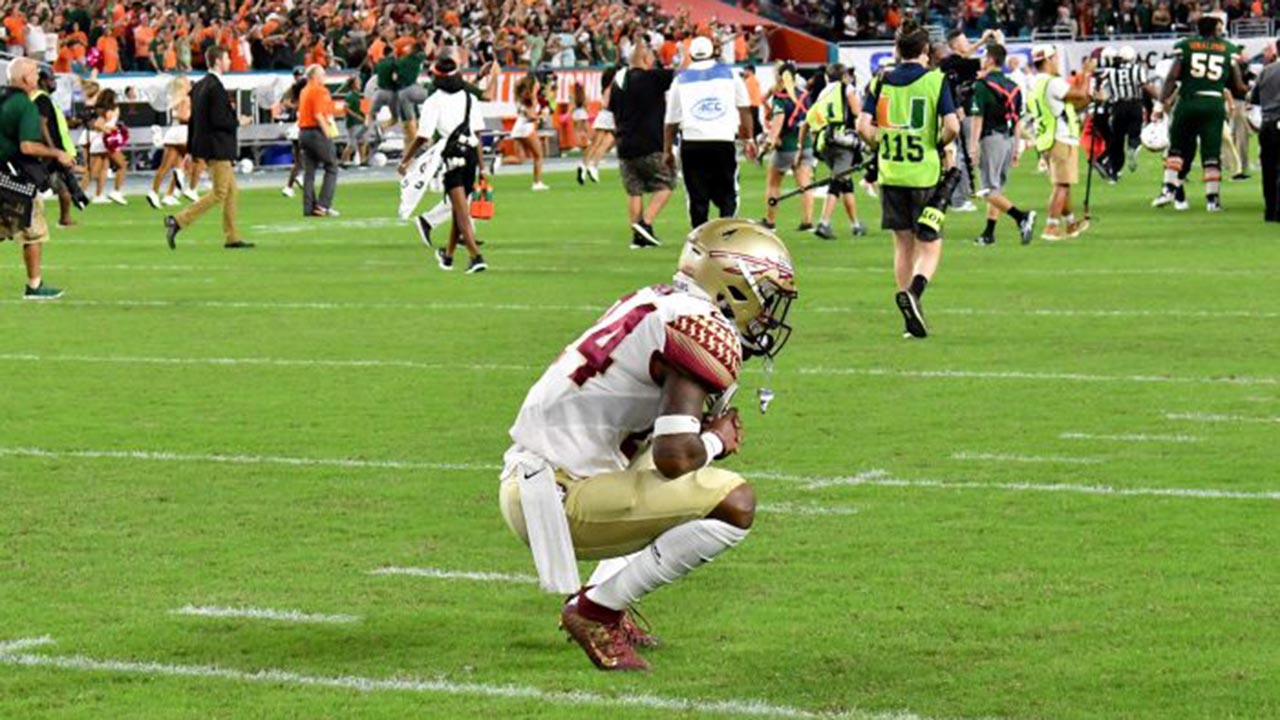 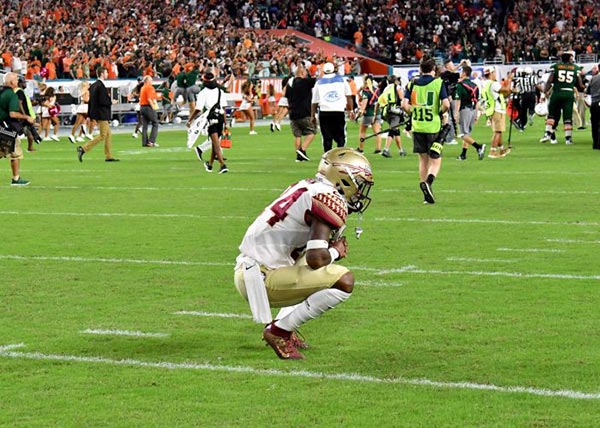 This year’s FSU-Miami game was, well, pretty much like every FSU vs. Miami game. It was full of emotional highs and lows. Full of big plays and guys making a name for themselves.

The result came down to turnovers and special teams, something very few, except me, saw coming. Most people expected a blowout.

Bravo to Willie Taggart and staff for putting together 2-and-a-half quarters of solid football that showed when you come to play, nobody can beat you. Here’s the thing though, to quote Shawn Corey Carter, “Moral victories is for minor league coaches.”

Florida State experienced a complete and utter meltdown in the second half offensively. FSU put up 14 points of offense and special teams put up the other 13. When it mattered, all the Noles needed was one drive to put up points.

Not because the play calling was bad or conservative, as I’ve seen some foolishly state on Twitter, ut simply because Taggart has yet to hold his players accountable in-game when they mess up. Maybe this game wasn’t the time or place, maybe it’s too big of a game, but this has been consistent with the offense.

It needed a spark. It needed… something.

What happened to the running game? Where did Jacques Patrick go in the second half?

These are questions that make me really wonder.

You attack vertically and the game is good, but I understand when you have back-to-back fumbles.

The game shouldn’t come down to a terrible call that shouldn’t have been made, period. But don’t put the game in the hands of the referees. They’ve been saying this since Pop Warner days.

For the love of the defense, and recruiting class, put someone in who makes the offense run or tell us the truth. If you don’t have the quarterback to run your system just say it. It doesn’t mean that they aren’t great people or potentially great men of high character. It just means they don’t fit your system.

Routinely looking this bad on offense is getting hard to explain away.

The defense does have some explaining to do. Like our red zone coverage. We have natural mismatches with a 5-foot-9 corner on a 6-foot-5 wide receiver.

It might be time to switch Stanford Samuels back to corner.

In general, we still have major holes in our secondary. Miami had receivers running open and quarterback Nkosi Perry with more game reps probably hits those guys in future games.

The defensive line did a good job getting to the QB with sacks and hurries, but the next two levels need correcting ASAP.

With all the mistakes and lack of offense in the second half, this game should’ve been 30-21. A Ricky Aguyo blocked field goal stopped FSU from hemorrhaging points at that time. Placekicking should be routine and approached with more pride since FSU finally has a fully dedicated coach on staff focusing on special teams.

Props to punt return and punt block being for being much better, but damn, the most important moment of the game and the Noles have a lapse in protection.

I’m not gonna lie, maybe I’m more heated because I’ve got PTSD. FSU lost to Miami at Miami by this same exact score 16 years ago and our last opportunity to score came with a missed field goal that should’ve been automatic.

I saw what this game was an opportunity for. It was an opportunity to change the course of the season. There were a “who’s who” of recruits at that game. FSU had the chance to show them Tallahassee is still the capital of the state until further notice. FSU had a chance to go into the bye week with tons of momentum riding a high that only comes from beating a rival – on the road, as a two touchdown underdog no less.

To quote Snoop Minnis, “I wasn’t worried about no play call, I was worried about making plays. This is where you become a household name!”
FSU had the perfect opportunity to “Do Something” and came up short. They caught an “L,” when the emotions calm down they’ll get an “E” for effort.

4 Comments to “ Seminoles Offense Disappears in Latest Heart-Breaker vs. Miami”