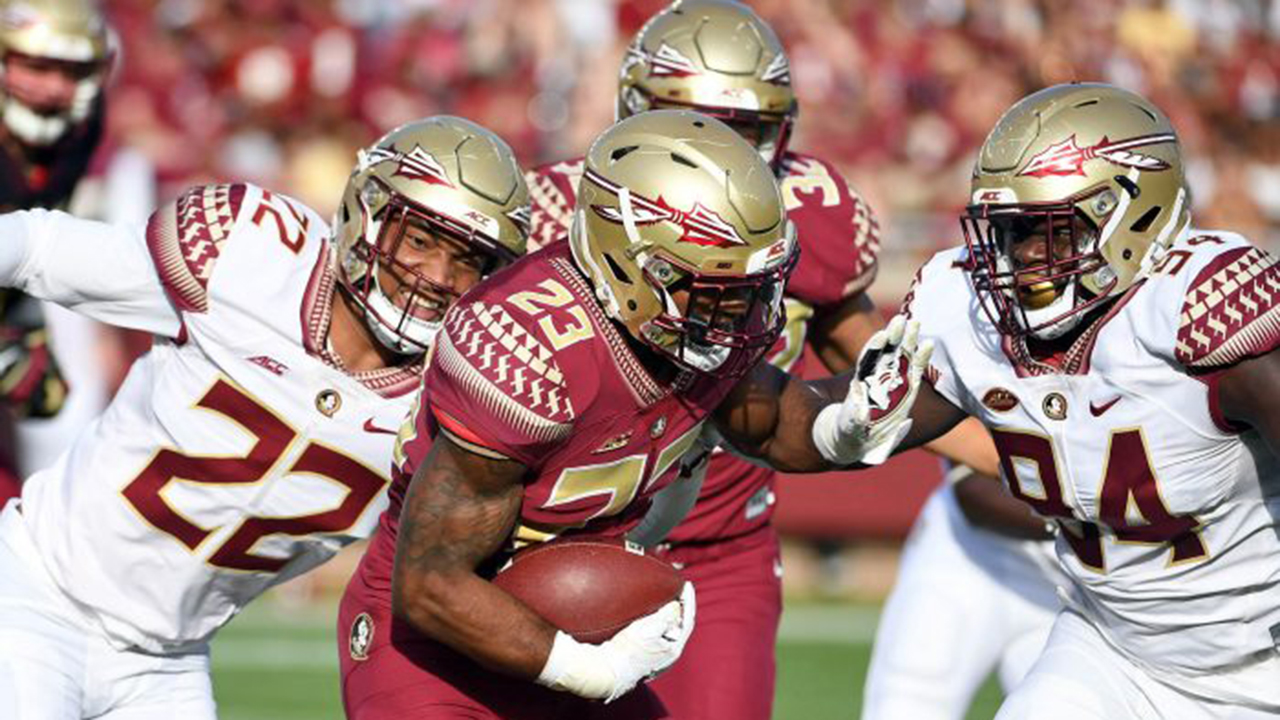 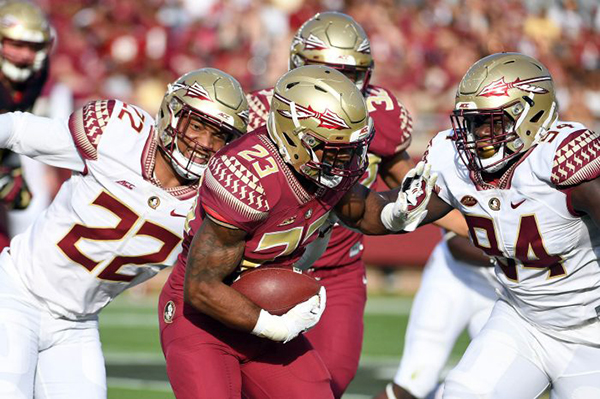 Thank god it’s August and football season continues inching closer. FSU is in the process of closing out week one of fall camp and not for nothing, it’s been an intense for a first week of camp.

The new car feel of Willie Taggart in Tallahassee hasn’t worn off yet and that’s good.

Hunger, intensity and accountability seem to have been lacking last season.

But really what does all this mean?

For the most part, week one practices were in shorts and elite athletes should look elite in shorts. I could get you overly excited, but the truth of the matter is, folks start acting different when the gold pants come out.

What should you as a a Seminole fan take from fall camp so far?

Coach Taggart and staff work their asses off

On first thought, yeah, that’s a no brainer. Every staff works hard and this is no knock to anybody, but let’s just look at what they did week one.

The typical college football practice is two to two-and-a-half hours long. Taggart and staff have completed two of these per day. Not two practices for the players, but two separate practices for freshman and younger players as well as a veteran practice.

Youngsters have the ability to move up to the veteran practice.

This split will eventually merge until it’s just one practice.

The importance of doing a split practice like that is to get freshman acclimated to the speed and intensity of an elite college program. When I came to FSU back in 2002, we had something called freshman camp that allowed freshman a week before fall camp to get acclimated. It was disbanded in 2003, but I always thought it was a great idea. If for nothing else to get new players reps.

I think the coaches doing double time can help expedite the learning curve of a new offense and defense.

You’re not having a good camp if you don’t see some hands fly. Coaches act like they don’t like it, and if it goes too long they’ll get annoyed, but it definitely shows fight.

There’s usually no retaliation as you’re not actually trying to kill your brother, but prove a point that you’re no punk. A few skirmishes happened and the coaching staff made the combatants hold hands and walk the field like a Pop Warner practice.

I’m good with the fight and even better with the punishment. Fights happen.

I told you about Stanford Samuels III switching to safety back in the spring and now the other sites are reporting that it has been made official. He will really be playing back-and-forth depending upon the situation. Just remember the Zeus position.

The other switch that has been made was with Zaquandre White from running back to linebacker. This makes sense as he is a bigger back on paper and very athletic. He provides depth. He has the energy of a defensive player.

He actually recorded a pick-6 off of Deandre Francois in 7-on-7 Drills. If he’s able to learn the position and make plays like that, FSU might have its version of Myles Jack.

FSU, from a culture perspective, is in desperate need of that standout linebacker.

FSU wide receivers coach David Kelly and running backs coach Donte’ Pimpleton are getting their guys to make plays. Not just the older guys, but in particular, the younger guys at wide receiver.

Warren Thompson and Jordan Young look like they will be good with Tre’Shaun Harrison being the one who looking like he is immediately ready to contribute. Could FSU actually see a true freshman on the field? That’s a sharp contrast to the Jimbo Fisher era.

The key is what the veteran players are doing. Tamorrion Terry is progressing and getting better each practice. He’s going at the better DBs.

Keith Gavin is even getting better. That is a direct correlation with coach Training Day, David Kelly.

What the running backs are saying about Pimp lets me know they believe. The running back coach is one of those weird ones. At a certain point, either you can run or you can’t, but a good coach can teach his guys the concept, make them believe, and help them with the fundamentals.

These guys believe in Pimp. They believe he will give them a fair shake. That’s all you can ask.

People get injured every day. It’s part of the game. You don’t want it to happen, but some of these are just camp injuries and precautions.

Nothing is wrong with D.J. Matthews. Terry took some time off, but you know what these guys can do.

You worry more about the injuries late in camp outside of the soreness-type ones. It is sad to hear about Amari Gainor, I felt he would be an impact freshman. His injury will be healed in six weeks and with the new four-game-redshirt rule, he could still see quality reps in 2018 of rehabbed correctly.

The only injury thus far that is slightly concerning is Marvin Wilson’s knee. I’m hoping that is progressing, but all-in-all, guys that we need production from, in particular Nyqwan Murray and Frenchie, are healthy.

It’s been a productive week. Had the official announcement of Mickey Andrews return to the staff as an adviser. Next week, with more full-padded practices, we should know with more clarity where this team is. The team will also have fewer distractions as they are practicing at an “undisclosed” location a.k.a. IMG Academy in Bradenton and practices are closed.

RELATED: Mickey Andrews still has a lot left to give FSU Football.