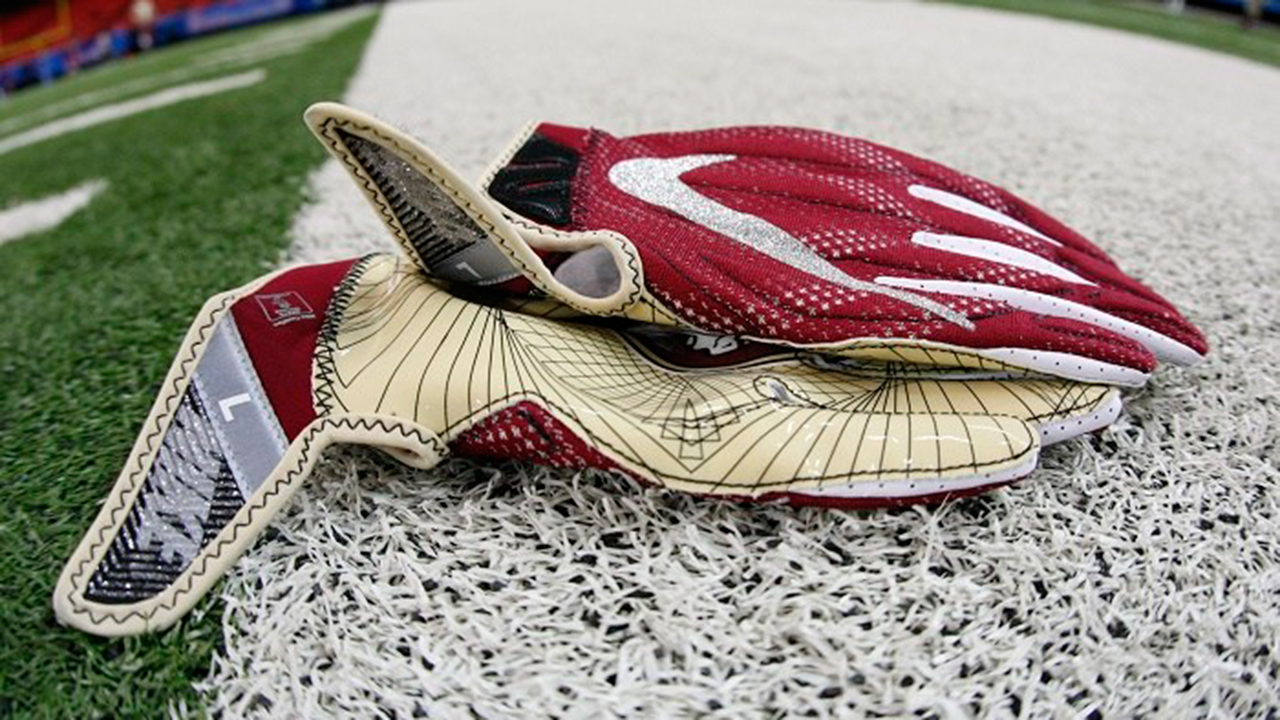 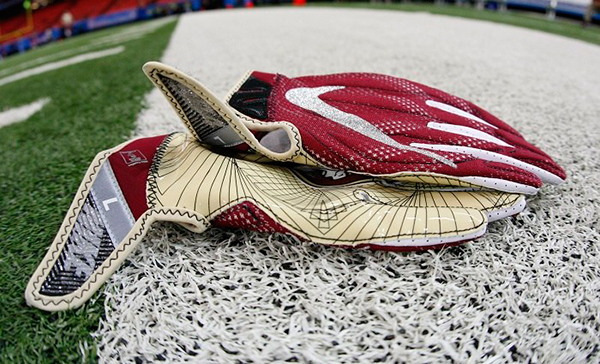 The embodiment of sauce and swag is a one Deion Neon Primetime Sanders. He was one of those players you saw and he looked extremely cool while being a dominant athlete. FSU and uniform swag has never not been on the forefront. It is one of the most recognizable uniforms in the nation with folks idolizing how Peter Warrick looked on offense, or the old school neck rolls that the starting FSU linebackers wore, and, obviously, the Tomahawks and a variety of actual combos that FSU could wear.

One of the things that helped Oregon rise to prominence, long before Willie Taggart, was the amount of wild uniform combinations, gear, and swag you saw them wear on any given game.

Bobby Bowden had his favorites and times when he’d let the uniform code relax, but tradition has always been one of his things and that’s something that Jimbo kept.

But there is a new Chief in town. Taggart has made it known that he wants to allow for different uniform combos – hell, whatever gets you wins. I do remember looking good in some of the combos. I had four years of prior practice as my high school alma mater, Florida High, was the baby Noles on FSUs campus.

The #uniformtalk has been a top topic among FSU twitter this off-season, being discussed most frequently by @TaReefKnockOut, a local Tallahassee rapper and garnet and gold enthusiasm. He’s a self-proclaimed uniform ambassador and fan of garnet pants.

With this motivation, I’m going to give my Top 5 uniform combos for FSU with some unique perspective.

I used to call this the war colors. That all-garnet look was bad ass. It’s hot during the earlier games of the season, but a lot of iconic moments happened in this combo.

The most memorable were when Peter Warrick lined up at QB against Georgia Tech at Doak and ran the ball in the end zone and seeing Marvin “Shade tree” Jones terrorize UF in that combo.

Recently, FSU has worn this combo in the Independence Bowl. Sometimes you just need a little more sauce to end a season on a high note.

The only suggestion I’d give with this combo is to use the garnet alternative helmet instead of the iconic gold.

Garnet jersey with gold pants is FSU base uniform and one that traditionalist want to see more often than not. I don’t have a problem with it as I believe it’s a dope combo, especially with the new uniform combinations. At a certain point, you don’t need to be to gimmicky when you’ve got tradition.

The 1999 national championship is what really stands out to me with this combination. Also, some of the biggest hits in Seminole history came in this combination – see Stanford Samuels hit on Roscoe Parrish.

I love all black uniforms and these really brings out the garnet. Unfortunately, many fans believe in the superstitions of uniform combinations and FSU has had more losses than not when it comes to this combination.

Despite that, you still can’t take away anything from it.

You’ve got to wear the black helmets with this. It just doesn’t look right with gold or garnet helmets.
I missed this uniform combination by one season, but FSU took it on the chin from Boston College that game. I remember Coach Bowden was thinking about having those boys walk out there with white shoes. Can’t have all black with white shoes man. It must be all black everything including wristbands. We couldn’t wear colored gloves at that time, but black gloves also.

Funny story: my wife being a Boston native went to the 2006 game and I got her the hook up on tickets bragging about the atmosphere at Doak. I wasn’t in Tallahassee at the time, but she was, and I got her some box seats. We lost. She’s never invited to games again.

The garnet jersey with the white pants with the garnet stripe is just so cold. We wore those in the 2004 Orange Bowl for our rematch against Miami. Bowden said he didn’t like it because it resembled Alabama too much, but I believe deep in his soul he loved this combination.

In my high school days this was my alma mater’s favorite combination to wear as we had all FSU hand-me-downs. The thing about this is the traditional shoe combinations that FSU wears, garnet with white, pop out even more.

To quote the poet laureate, Nelly, in his poem “Air Force Ones,” “Don’t nothing get them hype on first sight like white on whites!”

But nothing symbolizes how hype, and the electricity you feel as a fan or player in the all whites, like Deion Sanders’ iconic punt return against Clemson. That boy was so clean that a Clemson fan tried to hit him with a cup from the stands after he scored. FSU has a mock-up of a white helmet and I pray it’s just a show piece. Don’t mess up the whites with that. Maybe the garnet helmet would take it up a notch, but it’s already a 10 out of 10 in my book.

Coach Taggart wants to let the guys have some variety in the uniforms which is a good thing for recruiting, morale and just some new energy. I’m kind of excited to see what different types of uniform combos can come about with the mixing and matching of past jerseys along with some new introductions Nike may want to bring about under the new regime. Whatever the decisions may be come Saturdays at the Doak, the thing that promotes excitement more than anything is the product on the field.

“If you can’t respect that, your whole perspective is whack!” Shawn Corey Carter aka Jay-Z. Shout out to World Wide Wes.