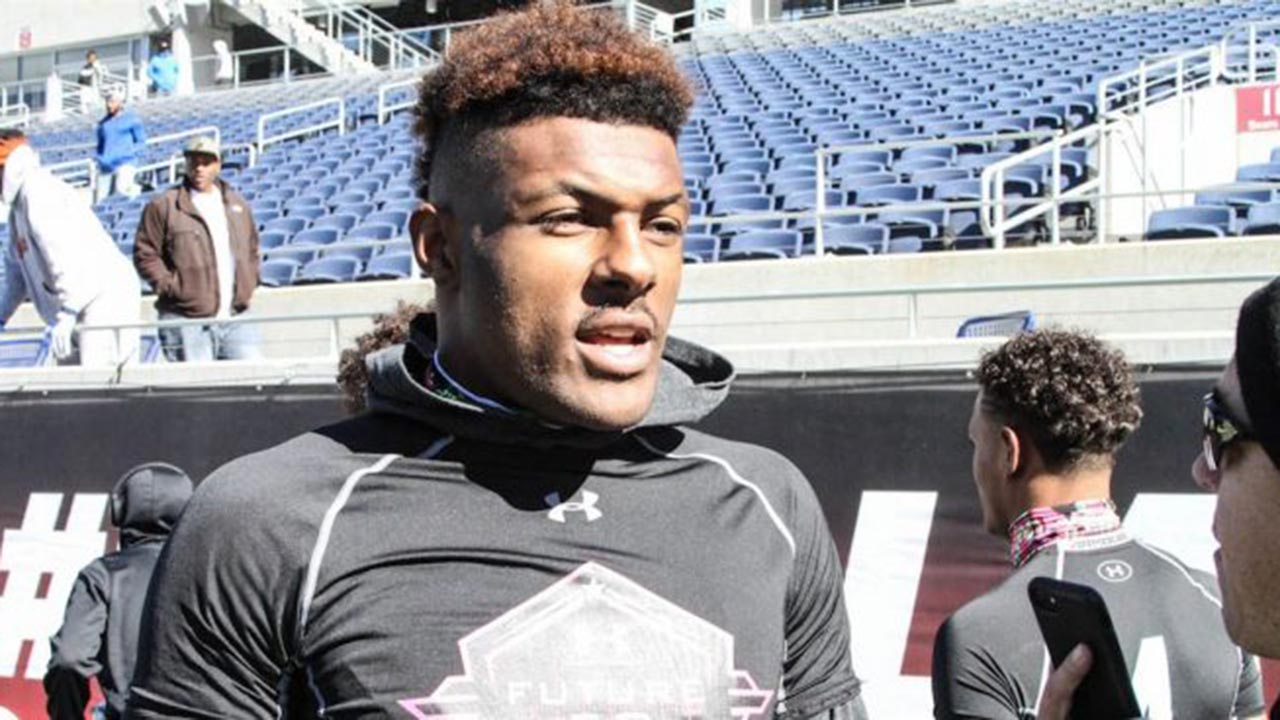 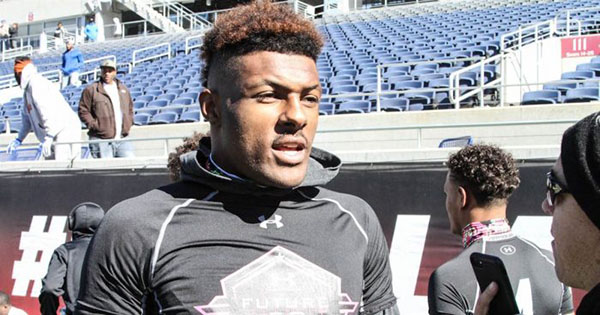 I have already shared my “Big Game 36” top offensive prospects for Florida State fans to be aware of in the 2019 recruiting cycle. As a reminder, my goal is simplicity. The list will be fluid and updated. If FSU lands 25 of these guys, it’s a top-five class, easy.

Things change so this current list is a combination of what I feel FSU needs, the players I’ve heard they are after, and, frankly, guys I think are “war daddies and bad asses” from my knowledge as a former player and developer of talent.

Defensive tackle
Tru Thompson (already committed). At 6-foot, 340 pounds, he has the same mold as Derek Nnadi. Another thing he has that resembles Nnadi is his quick hands and pursuit to the ball.

Ishmael Sopsher. FSU has a shot here. He’s an LSU lean but any time Odell Haggins is involved with a prospect, I like our chances.

Defensive end
Khris Bogle. He is 6-foot-4, 207 pounds, but should put on more weight before he enrolls. He’s crazy-athletic and one of the top players in the country.

Quashon Fuller (already committed). Fuller has been committed since February 2017. He stands just under 6-foot-4 and weighs 280 with the athletic ability to play end. He recently put a video on Twitter of him bathing in FSU letters after he opens an FSU shower curtain, with an FSU towel hanging on the rack behind him. I don’t see any way he doesn’t end up becoming a Nole.

Derick Hunter. On February 17 he unofficially visited Florida State and then a week later, on the 24th, he attended Junior Day in Gainesville; Miami and Georgia are also in the mix. He is still raw, but shows great get-off at the line of scrimmage

Mike Morris (already committed). Morris plays at American Heritage which is a breeding ground for football talent. He has great size at 6-foot-5 and 250 pounds. On tape you’ll notice how polished he is and how well he uses his hands. He also has a great dip at the waistline which is tough to do for a guy that big.

Jaq Sorrells. He’s 6-foot-3 and 270 pounds and can easily play end or tackle He will be explosive wherever he ends up. He reminds me of Demarcus Walker.

Lloyd Summerall. 6-foot-5 and 218 pounds, a very rangy defensive end with a huge wing span. You also will see him batting down a lot of passes because he has great timing and instincts. Don’t worry about his weight, I saw a picture of his dad who is a big man.

RELATED: Brian Burns poised to be the Seminoles next great pass-rusher.

Kayvon Thibodeaux. He is the nation’s No. 1 prospect. I did not have him on my initial “Big 36” because I didn’t think we had much of a shot. However, he’s coming to the spring game and missing out on Coachella to do so. He was at UF and was supposed to come to FSU last weekend, but switched. He’ll spend entire weekend in Tally.

He said the spring game better be “lit,” well, with an estimate of over 40,000 expected in attendance along with over 300 former Seminole players, I’m thinking it’s going to be at least more exciting than spring games of the past.

Middle linebacker
Nakobe Dean. He’s a tad undersized at 6-foot and 215 pounds, but is the kind of ‘backer you want for the smashmouth style defensive coordinator Harlon Barnett is running. He’s strong as heck for his size, flies around to the ball and hits everything that moves. The most impressive measurable may be his 41-inch vertical jump.

I really like how violent his tape is. He’s also a good student

Brandon Smith. For a high school player, he has a good understanding of how to take proper angles. For his height (6-foot-5), he can change direction and transition very well while impressively maintaining leverage. He’s a big hitter as well and I can see why he’s the No. 1 linebacker.

Trezman Marshall. His film is full of violence. Marshall was seen on campus last week and has a body of a workout warrior. He moves well and sheds blockers. His highlights are full of knocking blockers and ball carriers backwards. FSU hasn’t had a mean inside linebacker like him in a while.

Outside linebacker
Ge’mon Eaford. 6-foot-1, 220 pounds he moves with bad intentions. Has a knack for forcing fumbles. He’s rangier than his height would suggest. FSU missed last year on his teammate who decommitted and went to South Carolina. I Don’t think they’ll miss twice

Owen Pappoe. He was offered a scholarship from the Noles in July of 2015 and has been on campus five times since then. His running a 4.52 40-yard-dash as a junior opened everybody’s eyes. Expect linebacker coach Raymond Woodie to handle this recruitment along with Taggart.

Cornerback
Akeem Dent (already committed). Dent has been committed to FSU since July. He’s the No. 1 ranked corner in the country.

Travis Jay (already committed). Jay is my favorite three star prospect. The Madison county prospect can do it all. The boy is just an athlete. I think he’ll be a 4-star by end of the season.

Renardo Green. Green was brought to my attention last week and I had to add him. This kid understands cover-two defenses (featuring two deep safeties) very well while possessing the speed to play any coverage. He’s a ball-hawk and that’s really what you want, but I like how even in jump ball situations, he still is able to get the ball out.

I’d like to see more of him and from the little I did see, liked him more than others I had on this list.

RELATED: Jalen Ramsey or Deion Sanders? Who was the best Seminole?

Safety
Cortez Andrews. He plays at Godby, Tallahassee and the hometown kid knows all about Florida State. Standing 6-foot-2 and weighing 205 pounds, he could play strong safety or free safety in college. He is big enough to come down in the box and play strong against the run. Andrews is one of those players who just seems to always be right where he needs to be.

Daxton Hill. When he hits people, they go backwards. He is a head hunter and brings a lot of speed behind his pads. This guy will be an impact freshman.

Tyrique Stevenson. He is listed as a cornerback and you may also seem him considered an “athlete.” Being from Dade County, it will be tough to get him away from the Hurricanes. He possesses speed and fluidity and length for a six-footer.

He can play anywhere in the defensive secondary. He is also a special teams threat. He can be so flashy with his game that some people might not realize just how good of a shutdown corner he is. People don’t catch anything on him and the 247 Sports Composite ranking has him as the eighth corner in the country; 247 Sports’ individual rankings have him as the No. 1 corner. The battle is on.

Plus One
Raymond Woodie III: Well duh! I like the younger Woodie. He’s not on the official “Big 36” because I think it’s a no-brainer that the 4-star athlete/safety will join this class in some capacity. Shout out to my alma mater Florida High Seminoles where Woodie III plays.

As important as it is to get the best players you can, I think this class is all about getting guys who are going to buy in to the new system. When you get guys that want to be there, they will push harder and go farther than others would. That can make an average player great.

We have the spear on our helmet, we will never have problems attracting blue-chip prospects, regardless of what other fan bases think. Willie Taggart will do a great job of finding a good balance between the two in #Tribe19. 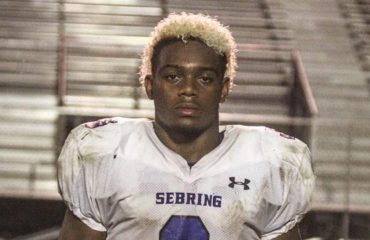 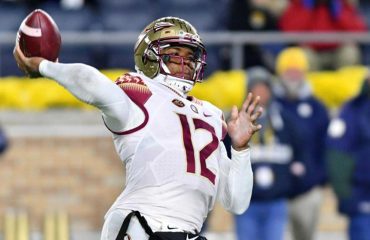