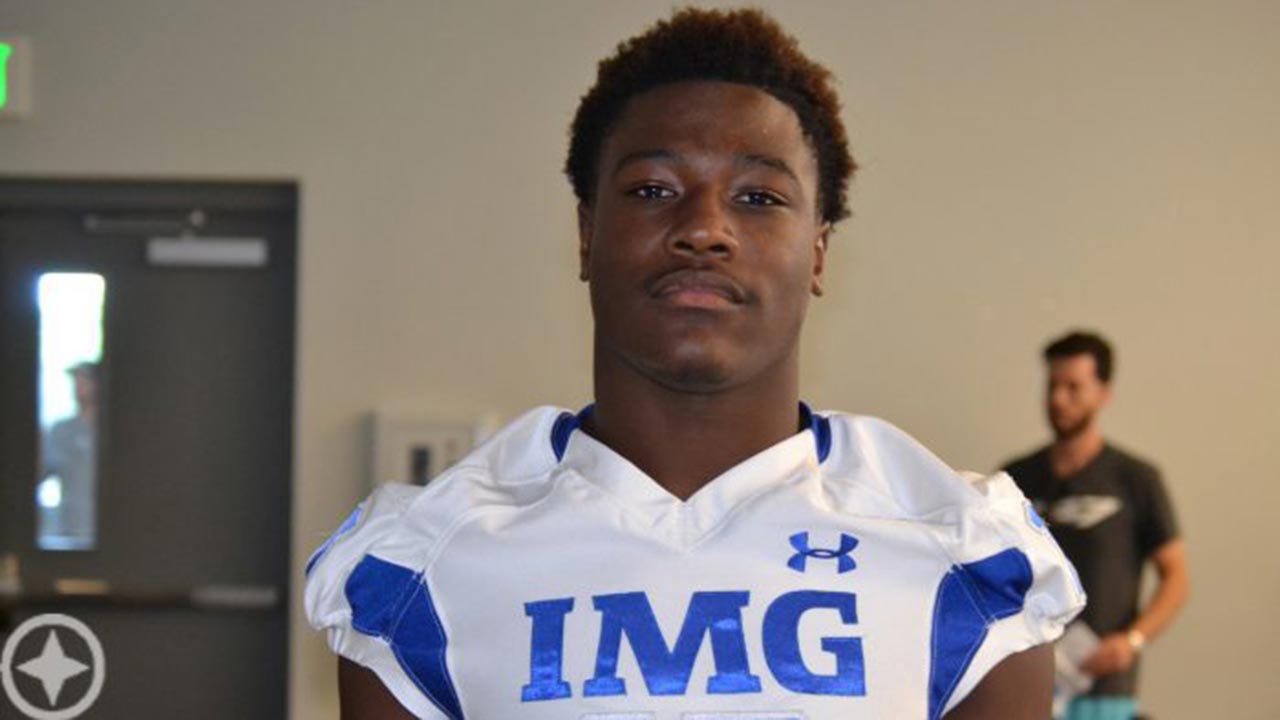 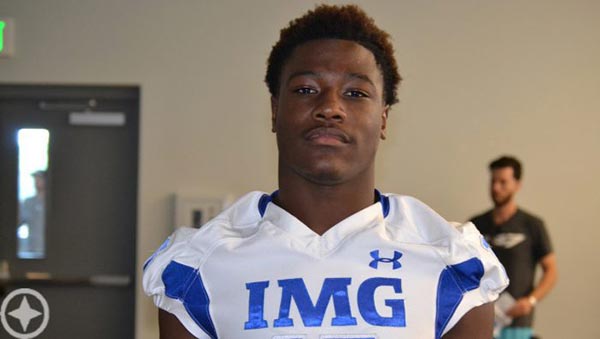 There are numerous recruiting services and plenty of good players to look at in the Class of 2019. My goal is “simplicity” and with that in mind I’ve put together the “Big Game 36.” The list will be fluid and updated, but for now, here are 36 prospects FSU fans should watch when thinking about the Noles’ 2019 recruiting class, starting with players on offense.

Things change so this current list is a combination of what I feel FSU needs, the players I’ve heard they are after, and, frankly, guys I think are “war daddies and bad asses” from my knowledge as a former player and developer of talent.

Much of my list remains need-based, but I have added prospects like Sean Dollars based on information received and me simply liking their film.

You may notice prominent recruits left off my list. Players like Sean Lee, Jerimiah Payton, Keon Zipperer and Jayden Davis will probably be on and off throughout the year as the class starts taking more shape. The list isn’t about who’s good or not, but who I feel best fits.

I’m not big on the overall rankings as I don’t judge coaches or teams based on that and honestly, I don’t know what all goes in those rankings – I just know these guys can play.

Here are the offensive players from my “Big Game 36.”

Quarterback
Taisun Phommachanh. Even with the commitment of Sam Howell, I still believe this is the top QB target for FSU’s class. Many continue to think he’s a Nole. He had a great showing at the Elite 11 camp in New Jersey.

Jayden Daniels. In an interview with 247 Sports, he said FSU is the only official he knows he’s taking, he’s just not sure on date.

I don’t see FSU taking three QBs in one class so I believe they’ll wrap up recruiting of this position after the next commitment hits which I expect will happen by the end of summer. There is pressure on these final two regarding who commits first.

Running back
Trey Sanders. The number one running back in the country is a very important target. He will end up at one of the state’s big three schools. Florida signing his brother out of junior college gives them the edge, but FSU having a deep backfield makes this position more luxury than need.

Peter Hayes-Patrick. Jacques Patrick’s little brother runs like his older brother. He may not be as big as Jacques, but he is a different type of running back. He’s more of a one-cut back who runs behind his pads and always falls forward. He seems to really want to be a Nole.

Sean Dollars. The nation’s No.1 all-purpose back has highlight film showing him going around, through and up over defenders on his way to the end zone. He can catch out of the backfield well and is a threat on special teams. I like how he runs strong at 185 pounds.

I can see FSU doing very well on the West Coast the next few years which speaks highly of Taggart and the brand.

Running back isn’t a huge position of need for FSU although you can never have too much talent at that position.

Wide receiver
John Dunmore. He is heavy on FSU, in February calling it his dream school. He had his second visit in Tallahassee on Saturday where he brought 10 of his family members! He says he’s going to sign at the Under-Armour All-American game and I wouldn’t be surprised if it comes sooner than that.
Don’t be surprised if he changes positions in college.

Jashawn Sheffield. I think he is still feeling out the recruiting process and weighing his options. FSU is heavily in the mix along with Auburn.

Kenyon Jackson. One word: big. He has a lot of body and knows how to use it. If you watch his film, you will be reminded of Mike Evans.

FSU needs to have solid playmakers at this position. Wide receiver is thin on the current roster and in order to run an effective spread-type offense, you need ballers. This group fits the mold.

Tight end
Garmon Randolph. FSU offered him recently. He’s a long TE who does a good job blocking and uses his frame in space.

I still like Zipperer, but with FSU using the fullbacks in more of his role as well as Naseir Upshur and Tre’ McKitty on the roster as tight ends, Randolph makes more sense in this cycle. Randolph makes more sense in this cycle. FSU needs another long TE they can flex out who can still play the role of traditional blocker. He does need to add weight.

Offensive line
Dontae Lucas. Out of all the prospects we have on the line, Dontae Is different. He approaches the game with reckless abandon every single play. He is 6-foot-3, 323 pounds and he uses all of it.

He brings the juice and that big ugly attitude needed on this line. I think he’s eventually a Nole. I’m hearing he may be a silent commit already.

Deyavie Hammond. He is one of the top players in the country at 6-foot-4 and 320 pounds. He’s currently side-by-side with Dontae Lucas at IMG.

Adrian Medley. The 6-foot-4 three-star tackle seems to have a lot of qualities that FSU offensive line coach Greg Frey likes in lineman. I expect Medley to be an FSU vs. Clemson battle.

Harry Miller. At 6-foot-4, 310 pounds, he has a high motor and a mean streak. He seems very aggressive and good with the run. He was just offered in February by FSU and you can expect the coaching staff to pursue his commitment hard.

William Putnam. At 6-foot-4, 280 pounds, he has a lot of body to grow into even though he already brings it. He provides a special version of physicality to the table and It pops off the film is soon as you watch it.

As important as it is to get the best players you can, I think this class is all about getting guys who are going to buy in to the new system. When you get guys that want to be there, they will push harder and go farther than others would. That can make an average player great.

We have the spear on our helmet, we will never have problems attracting blue-chip prospects, regardless of what other fan bases think. Willie Taggart will do a great job of finding a good balance between the two in #Tribe19. 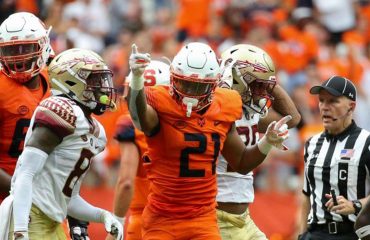