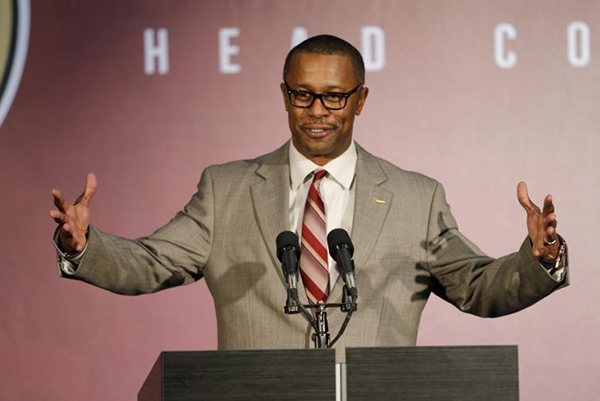 Willie Taggart inherited a loaded roster but a recruiting class in disarray following the departure of Jimbo Fisher.

FSU’s recruiting class ranked 60th when Taggart arrived in Tallahassee; in less than two months, he has raised it to a current ranking of 16th in the 247 Sports’ composite rankings. That’s one spot ahead of rival Florida, which is poised for a strong finish, and well above Texas A&M, Jimbo Fisher’s new team, which is at No. 35.

If FSU closes with the prospects it is expected to finish with, Taggart has a chance to push the ‘Noles to a top-10 finish.

These FSU coaches aren’t just resting on laurels either. They are constantly ‘crooting and evaluating going into the last weekend before National Signing Day.

Tannor is a bigger “name” prospect whom you’d think Fisher would have had circled. Helton is an under-the-radar recruit whose film shows that he should at least be ranked, similar to what I found when looking at Jordan Young, who skyrocketed up the recruiting rankings in the past month.

There are still hurdles left to clear before landing these recruits. FSU hasn’t had any luck pulling in Armwood prospects, and with Lamar and Thompson still flirting with SEC schools, that makes a lot of Seminoles fans worried about the chances to break that trend this year. Taggart had those two commmitted to Oregon, which leads me to believe FSU could see success similar to what the ‘Noles had with Jacksonville First Coast, when it was able to get Jermaine Thomas, Avis Commack and Nigel Carr to sign, creating a pipeline into that high school.

Regardless of how many of these players eventually sign with FSU, the energy and results that Taggart has had in a short amount of time, along with a highly publicized and criticized search for assistants, proves that if nothing else, he is holding true to his promise of “finding bad asses and war daddies who want to go to FSU.”

New staff members basically signed agreements to coach, then received plane tickets the next instant to immediately begin hitting the recruiting trail, criss-crossing the country looking for talent. Those efforts will pay off, likely sooner than later.